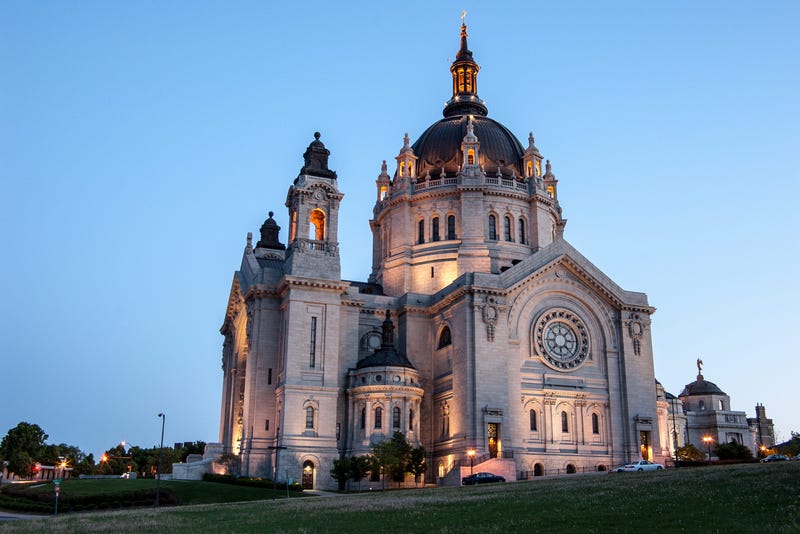 In a release Wednesday night, the Minnesota Catholic Conference plans to defy Gov. Tim Walz's restrictions on gatherings at places at worship.

Walz’s latest reopening announcement did not change anything for places of worship, keeping gatherings to 10 or fewer and physically-distanced, while restaurants are permitted to open sit-down outdoor seating up to 50. In a letter signed by Archbishop Bernard Hebda and six Minnesota bishops, they said limiting capacity in a cathedral that seats several thousand "defies reason."

Catholic Bishops of Minnesota Move Ahead with Plan for Limited Return to Public Masses https://t.co/9TKAQj73al

"I have a telephone conversation happening later this afternoon with Governor Walz," Hebda said.  When asked if the Attorney General has reached out to them, as happened to a Minnesota bar owner who tried to reopen earlier this week, the Archbishop said, "Not to my knowledge."

Archbishop Hebda said they had been preparing to reopen, at least by June 1st, and were not expecting to continue limiting gatherings to 10 or less.

"As we were listening to the Governor speak, we were really discouraged that there wasn't a greater appreciation that faith-based organizations can play in a crisis like this," said Hebda. "We all have very real experiences with the very real nature of the coronavirus epidemic, so we aren't denying that at all.  But we haven't been able to have mass for 8 weeks.  It's really had an impact on our faithful.

"We recognize the severity of the pandemic, but when we see other organizations that are able to open, we really think it's important for us to be able to do that with more than 10 people."The Archdiocese is also telling parishioners that if they are at risk, they should not come to mass and still have options to attend mass virtually.

"Not everybody could come or should come.  There are people at great risk." Hebda said.  "Normally Catholics are supposed to come to church every Sunday.  The Bishops have removed that obligation.  We're still going to be providing services to web streaming and other ways but we want to make sure, that for people that feel it's important to come to mass, we provide that opportunity. "

Walz said the decision is around the "predictability of the setting," and complications like evidence showing singing can spread the virus.  Archbishop Hebda told WCCO that the church is adjusting the mass to accomodate what the Department of Health recommends.

"We have limited attendance to 1/3 the capacity of the church," said Hebda.  "We'll probably be every third pew.  Each person will be separated by six feet if you're not part of the same household.  We're very attentive to what we're hearing from the Department of Health.  They've discouraged public congregational singing, so we'll keep that to a minimum.  We'll also make sure our mass is done expeditiously, it won't be a prolonged experience.  The essentials will be there.  When it comes to communion, we'll have to take some special precautions as well.  We're greatful for collaboration with the Department of Health and the Centers for Disease Control, making sure we're acting responsibly.  We want to make sure we're not taking any unnecessary risks."

Archbishiop Hebda, who is originally from Pittsburgh and was educated at Harvard and Columbia University School of Law in New York, says some of the church openings that have happened around the country in recent weeks should provide a guide for Minnesota.  "We've seen in Federal Courts, there has been a respect for faith-based groups in instances where a governor's executive order continues to limit faith-based organizations even when others are open.  It's pretty clear it is a right that we have and we're pretty sure it'll be respected by the courts."