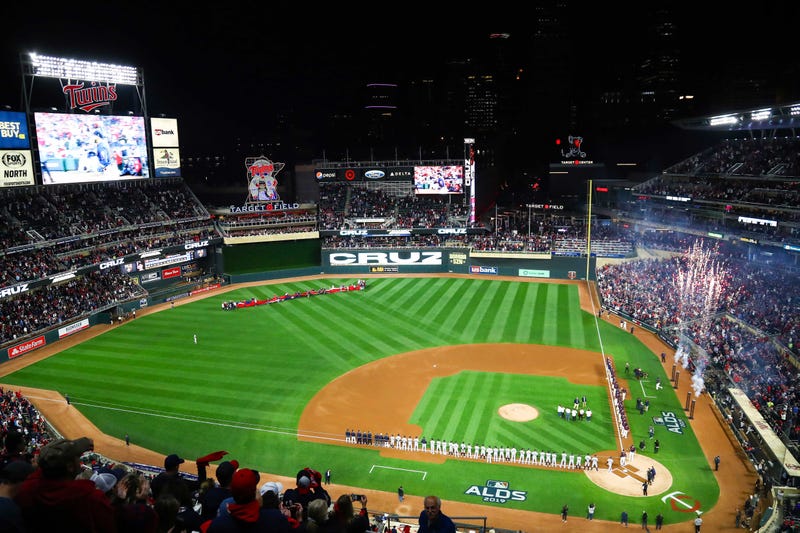 We're definitely calling 2019 a success.  A team that won just 77 games in 2018 jumped up to 101 and the upper echelon of the American League, despite another postseason loss to the dreaded Yankees.  They set an MLB record with 307 home runs (or Bombas).

Let's take a moment to look ahead to 2020, and perhaps a couple of questions Chief Baseball Officer Derek Falvey, GM Thad Levine and Manager Rocco Baldelli will have to answer during the offseason.

Three Things That Give Us Hope

1. There is a young core, mostly locked-up and only getting better

Kepler (age 26) and Polanco (25) are signed through at least 2024. Garver (28), Rosario (27), Buxton (25), Sano (26), Arraez (22), Rodgers (28) and Berrios (25) are all under team control, otherwise known as arbitration-eligible or pre-arbitration.  They aren't going anywhere, unless the team decides to let them walk in arbitration, or a trade.  That seems pretty unlikely for any of them during this offseason.

The Twins of 1987 and 2002 that started runs of sustained success (two World Series titles and playoffs in 6 of 9 years) were built around a young core of players that came out of the organization (mostly) together. This team is built just like those.

RELATED: Organist Sue Nelson reminds us why we're proud to be Twins fans

Almost as important, the Twins don't have any onoerous, longterm deals they are stuck with.  Only Kepler, Polanco, and Gonzalez have multi-year deals and all of those are team-friendly the way those three have performed.  This team is in amazing shape as far as contracts are concerned and has a manageable payroll of $124 million in 2019.  That ranks 18th in MLB.

There are those that have (once again) been screaming that "the Pohlad's should spend more money." They will have to.  The payroll will be going up because of the arbitration contracts the Twins will have to sign with several players (with some potential longer deals coming too).  Berrios, Rodgers, Rosario, Buxton and Sano are first in line.  All are due big raises.

2. The new front office had as good a year as the team on the field

Moving away from the older school thoughts of previous regimes, the Twins went with Falvey and Levine in order to combine traditional scouting with advanced analytics.  After a difficult transitional year in 2018 (including letting Paul Molitor go and bringing in Baldelli), it all came together in 2019.  Almost an entirely new coaching staff was brought in.

Now that there is a patch towards success, the front office and Baldelli should be able to make tough decisions on players they either want, or don't want, on the roster.  Same with the coaching staff.  There is a clear vision for what the team should 'look like'.

3. Baldelli was definitely the right man to manage this team

He understands two things crucial to managing in the Majors during this era:

He's created a very laid-back atmosphere and a vibe that allows for fewer restrictions.  He tells players he wants just two things.  Give your absolute best for the 9 innings you're playing the game, and do what you need to do in order to be prepared to play.  That included less batting practice, less hours at the ballpark, less structure around pregame warmups, and even things like "nap rooms" to keep the players comfortable.  It worked, the players loved playing for him and with 101 wins, you can't argue with the result.

1. Who are the starting pitchers?

Right now, the only clear starter under contract in 2020 is Jose Berrios, who is likely due a very large raise after his first All-Star selection in 2019.  He is arbitration-eligible, although the Twins may look to offer him a longer term deal like they did with Kepler/Polanco last spring training instead of year-to-year raises that come with arbitration.

Jake Odorizzi has said he would like to come back, but he stands to get several big multi-year offers as a free-agent.  Will the Twins want to get into that bidding war?

What is the market for Michael Pineda following his suspension for a banned substance, and did his suspension sour his relationship with the team anyway?

Kyle Gibson is a homegrown talent who struggled through most of 2019 in what was a crucial year.  If he can be healthy in 2020 (he wasn't in 2019), the team has to decide his value, as he is an impending free agent.

Martin Perez comes with a team option for 2020 at $7.5 million.  It's hard to see the Twins biting off that much as Perez struggled over the second half of the season and didn't even make the postseason roster.  That could also depend on who else is available.  In today's market, $7.5 for starting pitching isn't bad.

Other potential starters include ALDS Game 2 starter Randy Dobnak who has proven worthy of an opportunity to start this coming spring.  Devin Smeltzer showed some signs. Lewis Thorpe and Stephen Gonsalves are other young arms that got some innings in 2019 and will be in the spring training mix.

2. Will the Twins make a splashy offseason signing?  And who on the current roster could be gone?

Clearly the offseason will have be full of moves by Falvey/Levine as we've laid out.  Besides the current roster full of arbitration deals that need to get done, the current thinking is the Twins have to add more talent.

There will be a handful of free agents available but that becomes an expensive game to play.  Would the Twins be in the market for, perhaps, Astros starter Gerrit Cole to give them a clear #1?  Talk in Houston is they won't be bringing him back, despite 20 wins and a sparkling 2.50 ERA.  Zack Wheeler of the Mets is another name that could be available.  If the Twins are in the free agent market, expect it to be a pitcher or pitchers.  Both starters and relievers.

Around the trade deadline, Derek Falvey told Dave Lee on WCCO they don't seperate starters and relievers like the fans do.  "Well, I think for us, we've talked about pitching in general and we kind of bucketed them together.  And we do that because we think we have a lot of good arms with our group. But, we certainly could have some flexibility," Falvey said in July.  Something to remember during this offseason.

As for who could be gone, it's hard to say right now.

The team controls most of the players currently on the roster, but have a couple of free agents to figure out.  Jake Odorizzi, Kyle Gibson and Michael Pineda, as was mentioned above, are three starting pitchers who will be free agents.  So will reliever Sergio Romo, who was brought over in a trade with Miami.  He was one of the only dependable arms Baldelli had late in games to go along with Taylor Rodgers.

Jason Castro is a free agent.  With the emergence of Mitch Garver and also Willians Astudillo, he could be expendable.

Jonathan Schoop was signed to a 1-year, $7.5 million deal and probably won't be back the way Luis Arraez played as a 22-year old rookie.  Arraez was by far the best hitter the Twins had in the series against the Yankees, despite battling a sprained ankle.  He seems to be a cornerstone player for this team at 2nd base.

Then there's the old guy, Nelson Cruz.  The 38-year old hit 41 home runs and was a leader in the clubhouse.  The Twins can exercise a $12 million option for 2020 and it's hard to imagine they wouldn't bring him back.

Almost everyone else is still on their minor league deals, or eligible for arbitration.  The Twins do have some assets teams would look at for potential trades, but that's impossible to speculate on right now.

There could also be some new faces from the minors ready to contribute more consistently at the Major League level:

And a there are a few other minor league names to watch in 2020, most namely Royce Lewis who is #9 on MLB Pipeline's prospect rankings and Alex Kirilloff, who is ranked #15. Everyone is waiting to see them jump to the big leagues.  We'll see who emerges in March.

3. Will the Twins continue to build on their success, or will they regress in 2020?  And why are we worried about that?

Up and down, up and down, up and down.  Not very consistent year-to-year.  Now, there isn't as much fear of that since there is a much clearer vision for this team now with Baldelli and Falvey/Levine, than there had been previously.  The young core seems solid.  But nothing is guaranteed.  We thought after 2010 it was the start of another stretch of contending for the postseason.  That didn't happen.  It'll be crucial that this team takes nothing for granted going into 2020, and continues to work to get better, something that HAS to happen if we expect postseason success as well.