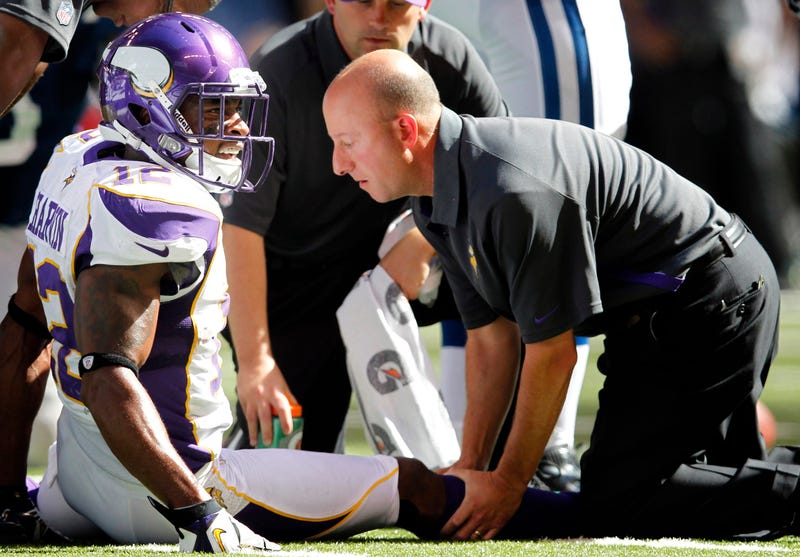 The man responsible for handling coronavirus within the Minnesota Viking organization has tested postitive for the virus.

Eric Sugarman, who is the team's head trainer, Vice President of Sports Medicine and the team's Infection Control Officer, announced he and members of his family have tested positive for COVID-19.

In a statement, the Vikings said, "Eric immediately shared his results with the organization and began to follow the previously established comprehensive protocol created by the NFL and national and local health experts. Eric and his family are currently in self-quarantine and providing daily updates on their well-being.

"We have followed the team's protocol for sanitizing the facility and for notifying any personnel who may have been in close contact with Eric. Those individuals have been tested and are returning under the established guidelines. Eric has not had recent contact with players, and no additional cases within the Vikings front office have been identified at this time."

Sugarman will continue to fill his roles from quarantine, while other members of the training staff will step up their roles at training camp, which begins this week at TCO Performance Center in Eagan.

"At this time we are all doing fine and experiencing only mild symptoms," says Sugarman.  "I am taking care of myself and my family and am focused on their health and recovery. I will return to the Vikings and my role after following the proper protocols."

The NFL is continuing to prepare for a fall football season amid questions and speculation as to how to safely play during the coronavirus pandemic.

The Vikings and Sugarman were featured in Peter King's NBC Sports Football Morning in America column one week ago.  King's story goes in-depth with the Viking trainer and others in the organization on how they are taking safety precautions.  Anyone not affiliated with the team in 2020 is banned from the facility, although King was given a "socially distanced" tour of how the team is setting up for the season.

In his story, King says of Sugarman, "Suddenly (he) becomes as important as a coordinator this year as the Vikings’ chief COVID-fighting employee."

The Vikings and the NFL are still working out details of how to proceed with training camp, and any preseason games, prior to the first game against Green Bay on September 13th.