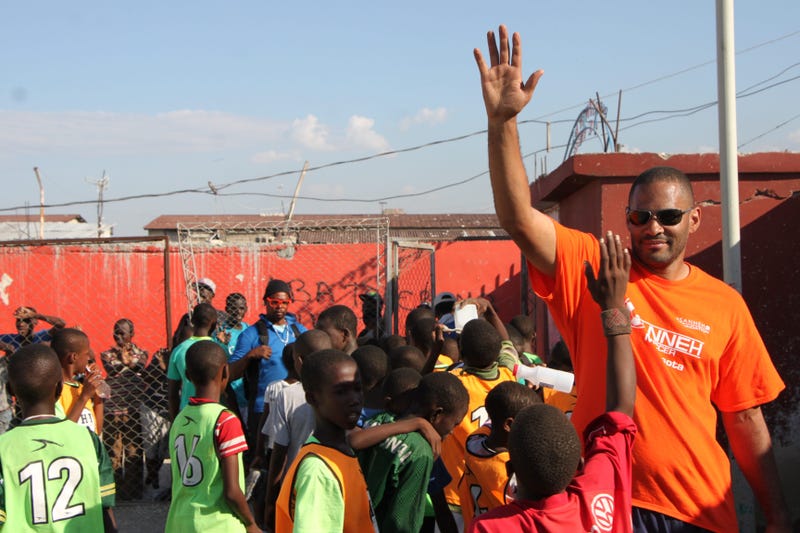 By Real Leaders with Roshini 830 WCCO

In Episode #15 of Real Leaders with Roshini, Sanneh Foundation CEO and former pro soccer player Tony Sanneh counts his blessings. He says, "Kids all over the world just want positive interactions," and strives to make a change in the lives of young people through education, health and wellness, and community building. His foundation launched while he was still playing soccer when a college student asked him to help start a soccer camp. The rest is history as the Sanneh Foundation went from a basic budget and one program to a $3.5 million organization with six programs and growing. These days, his playing field could be anywhere in the world.

Real Leaders with Roshini is available on the Radio.com app, iTunes, Google Play and Stitcher.

Sanneh also serves as a US State Department Sports Envoy, which he says was a position created by former Secretary of State Hillary Clinton to "create diplomacy using sports and education with the goal of empowering women and girls across the globe." In 2019, Sanneh received a Bush Fellowship from the Bush Foundation and says he will use the monetary award to further his "vision for improving my community to the next level."

On his personal life, Roshini asked Sanneh if he was a confirmed bachelor: "Life's always been better when I've been in a committed relationship and had a partner to go home to and share stuff with." But he also admits, "I've heard I'm a better friend than a boyfriend." For now, he's not in a committed relationship and is focused on growing his brand and the work of his foundation. What's his advice to others who want to build a brand? "Prioritize. Be willing to work hard." He says you must also balance work and fun. "I've tried to surround myself with positive people and when not, try to make it a positive experience." His theme song: "Groovy People" by Lou Rawls.

During his soccer career, Sanneh shared the field with some of the best players on the planet.