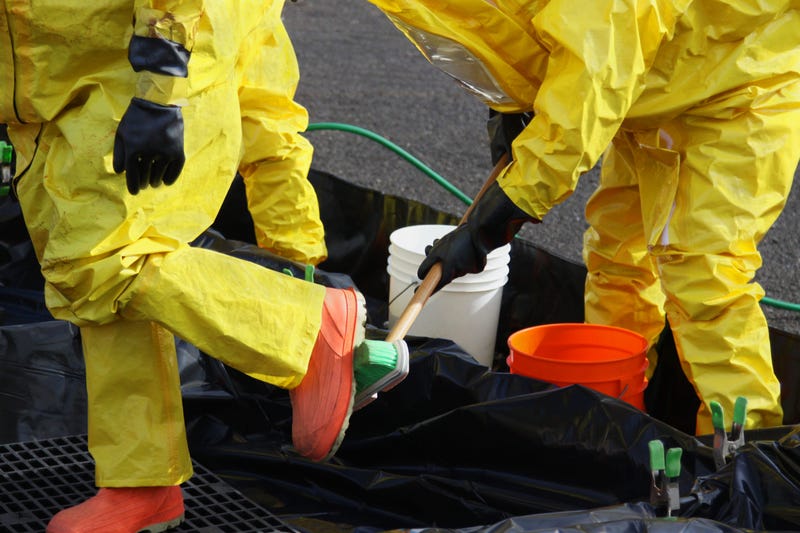 Two people are recovering from minor injuries after a swimming pool chemical leak in Burnsville.

Firefighters responded to the chemical leak around 9 a.m. at the Carrington Court Apartments at 700 Evergreen Drive. Crews found the container of pool chemicals were actively leaking and were a danger to causing health concerns.

Residents were evacuated from both buildings at the complex, 720 and 760 Evergreen Drive. Traffic was also diverted on Evergreen Drive between Park Avenue South and Portland Avenue while Hazmat teams and firefighters address the situation.

The City of Burnsville reported at 3:15 p.m. Friday that the situation had been resolved. Residents were allowed back into their homes and roads reopened.

The chemical leak at the Carrington Court Apts has been cleaned up. The issue a leak in a container of pool chemicals that were kept in a storage room. No hazards or safety concerns remain. Residents can reoccupy the buildings & roadways are re-opened. https://t.co/noAVB4qIU0