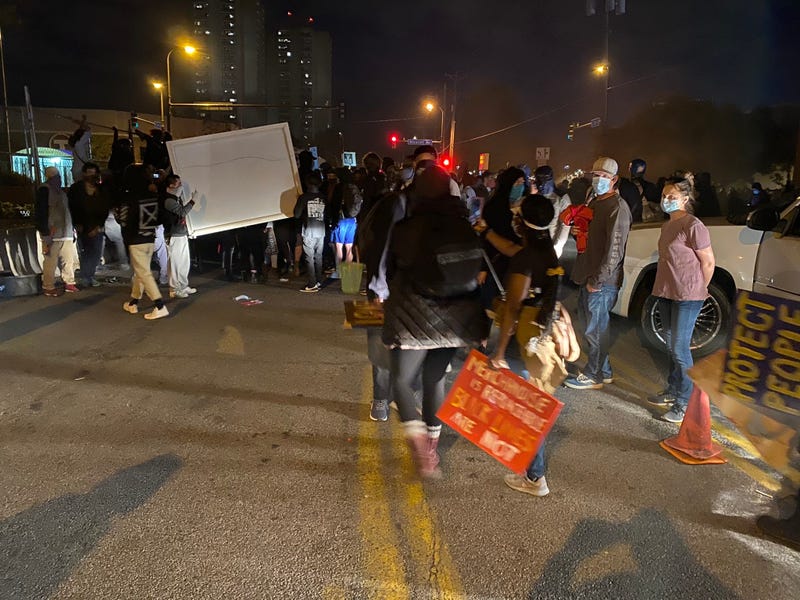 The Minneapolis Police Department sent a press release for residents who live near some of the protesting, advising them to -- first and foremost -- stay inside starting at 8 p.m.

The department also said residents should remove possible projectiles or flammable materials from their lawns, wet down dumpsters, pack a to-go bag with necessary items, have garden hoses and fire extinguishers at the ready.

The ⁦@CityMinneapolis⁩ just sent this tip sheet for tonight to residents. So, yeah. pic.twitter.com/vZHk56Gz98

Officials are poised for a heavy night, as Gov. Tim Walz once again pleads with residents and protesters to stay home starting at 8 p.m. so law enforcement and the Minnesota National Guard can weed out those who are being destructive and the peaceful protesters.

Walz said those causing destruction “are domestic terrorists,” and although he didn’t offer details about the tactics, he warned anyone seen past 8 p.m. would be considered as such.

After the 8 p.m. curfew, no one may travel on Minneapolis and St. Paul streets or public places, except for first responders, members of the media, people going back and forth to work, individuals seeking emergency care or fleeing danger and people experiencing homelessness, according to a state press release.