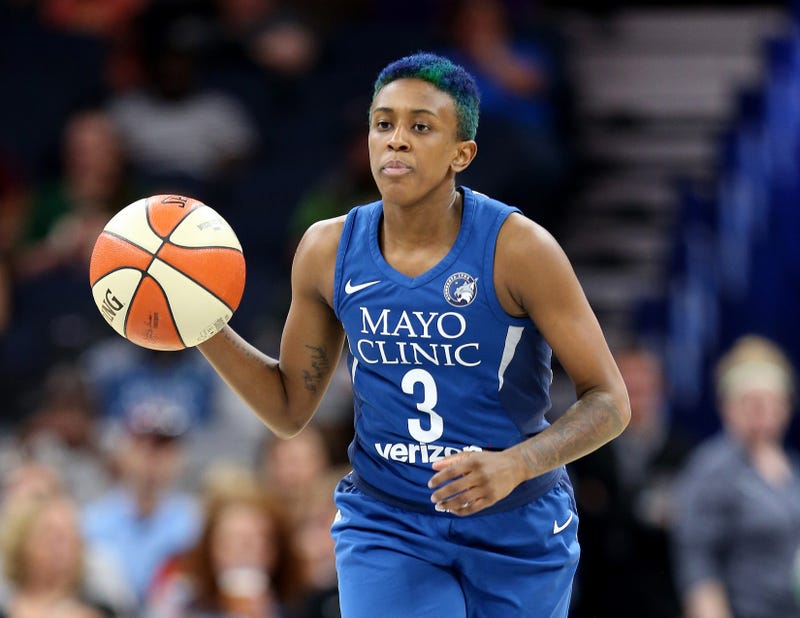 April 24, 2019 04/24/2019 8:58 pm
This post comes from the Two Haute Mamas podcast, a peek into the lives, experiences and perspectives of Sheletta Brundidge and Lindy Vincent, two fabulously fun, engaging and opinionated friends.

My five year-old daughter Cameron and I slapped high five when we learned that CBS Sports Network would broadcast 40 WNBA games during the 2019 season.

She loves watching the ladies play basketball, but doesn’t get a lot of opportunities to see them because very few of the games are televised.

But the brand new multiyear deal between the league and the sports network will change all that.

The first match up is May 25, and will feature our beloved 4-time WNBA Champion Minnesota Lynx when they take on the lowly Chicago Sky at Target Center in Minneapolis.

Don’t count the Lynx out just because they’ve had a few departures recently.

Even though Maya Moore took a break and Lindsay Whalen is coaching, the team still has Danielle Robinson, who is the guest on our latest episode of the Two Haute Mamas podcast.

If you don't know who D Rob is, as she's known to her friends, allow me to give you a brief history lesson. She’s 29 year-old veteran guard and three time WNBA All Star.

She's one of the fastest and quickest players in the league and she's got game and swagger to boot. D Rob is known for constantly changing her hair color to match her mood. Her fans have fun guessing what her coiffed hair will look like from one match up to the next. One game, she dyed it pink for breast cancer awareness, on a different night, it was bright red, her favorite color.

I was giddy when I had a chance to sit down with her for an interview with my co-host Lindy Vincent.

We chatted  about her style, how she bounced back from a season ending injury, and if the WNBA players will ever be compensated like their male counterparts in the NBA.

"I think we will get there. I don’t know if it will be the money the guys get. But I do think this deal is the first step for us to be compensated better," she said. "More money means our players wouldn't have to go overseas in the off season to make more money and risk an injury. I'm thinking about Breanna Stewart from the Seattle Storm.  She recently got hurt and ruptured the Achilles tendon in her right ankle during the EuroLeague Women's championship game."

It's incidents like this, D Rob says, that are forcing more players to speak out, "There is more of a push-back from players in the WNBA. We’re saying 'If you don’t want us to go overseas and you want us to be healthy for our league in the US, then something is going to have to change.' I think that with everyone speaking out and the NBA guys backing us up saying we deserve it, more money will come to the players in our league."

And if it doesn't happen soon enough, I told D Rob she should get a deal with Clairol to promote their Nice & Easy hair coloring kits.

To which she giggled, "I’m with that."

To hear all the fun we had with D Rob, skip to the third interview, at the 35 minute mark: