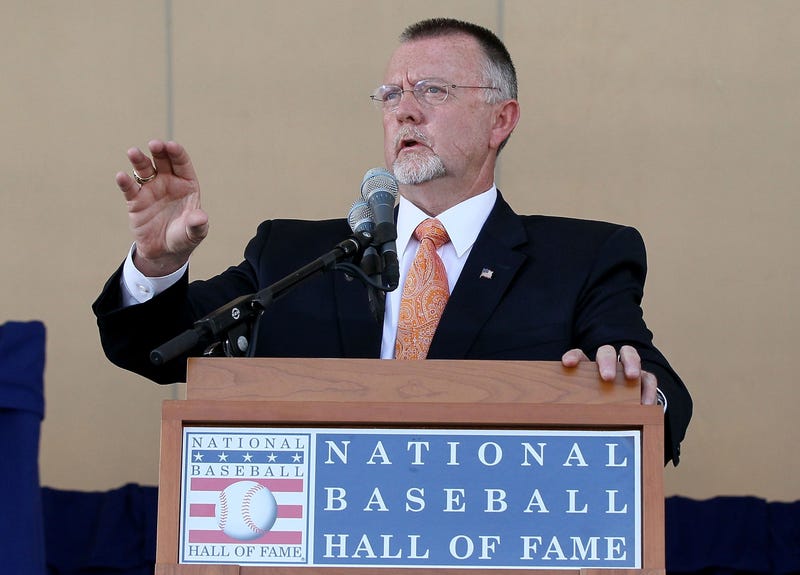 Circle me no more.

Twins' legend and Hall of Famer Bert Blyleven is stepping away from Twins' broadcasts to become a "special assistant" with the organization, the franchise announced Wednesday.

Wednesday night's game against the Chicago White Sox will be his last in the booth after 25 seasons.

Part 1 - For 25 years I have had the privilege to be part of the Twins broadcast team. Tonight sad to say will be my last Twins broadcast. But I will continue to serve my role as a Special Assistant for future years.

Part 2 - I want to thank the Twins organization, Dave St.Peter and ESPECIALLY THE FANS for your support over the years. You are ALL “Hereby Circled”. ⭕️⭕️⭕️⭕️⭕️⭕️⭕️⭕️⭕️⭕️ God Bless and be safe --⚾️

According to the team, Blyleven's duties will include engaging with fans at special appearances. He will still serve as a Spring Training on-field instructor.

“It is not often you can bring a Hall of Famer and a World Series champion into your broadcast booth, much less one who possesses that enviable combination of knowledge and charisma to keep fans hooked for more than two decades; the Twins did just that with Bert Blyleven,” Twins President & CEO Dave St. Peter said. “While his on-field contributions for the club are well-documented, we are truly grateful for Bert’s 25 years of introducing new Twins fans to the game through his stories, insight and analysis on our television broadcasts."

Blyleven joined Twins broadcasts in 1996 on the former Midwest Sports Channel working with the likes of Tommy John, Ryan Lefebvre, and current Twins play-by-play broadcaster Dick Bremer. Since 2006, his analysis has contributed to 10 Emmy Awards to Fox Sports North.

His "Circle Me Bert" bit, started in 2002, transformed into a fundraiser benefitting Parksinson's disease research and other charitable donations.