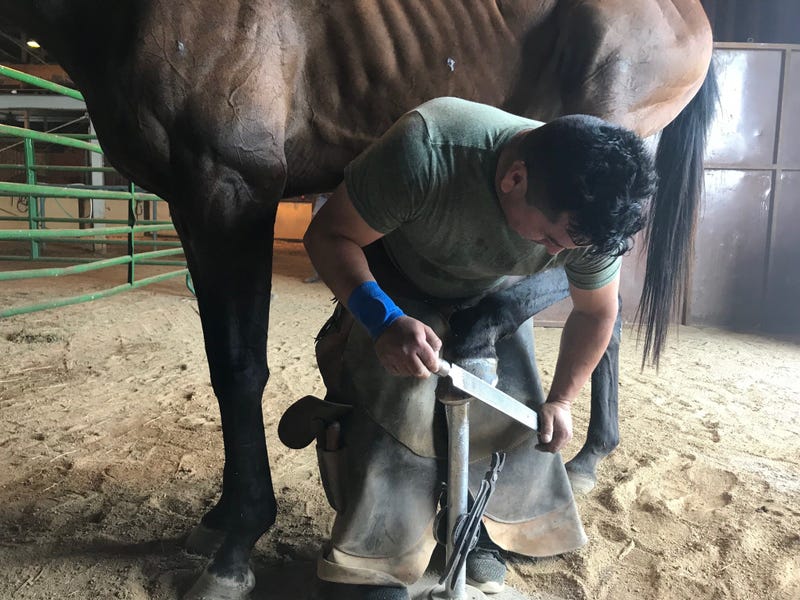 The first Saturday in May has always been special for horse racing fans, and not only in Louisville.

Canterbury Park in Shakopee has long opened its live racing season in style with calls to the post, followed by a simulcast of the Kentucky Derby.

"Primarily from the track in Phoenix," Canterbury's Jeff Maday told WCCO's Steve Thomson. "It's been actually closed to racing for close to a month, but they negotiated a deal (for the horses) to shelter there and train."

But that agreement isn't permanent.

"That deal expires in eight days, do they'll need to be shipping up here immediately," said Maday."That's our plan, to get 'em in."

With activity increasing in the stables, Canterbury will have a jump start to get ready for live racing, if it can be scheduled safely.

"Imagine trying to ship 50-60 horses from any location to another," he said. "That requires a lot of equipment, a lot of personnel, plus the horses, at an immense amount of expense."

A quick restart of live racing at Canterbury, even with a two-week head's up, would be impossible, said Maday.

"It can't just happen overnight," he said. "This was a move that allows us to provide some certainty, at least for a place for these trainers to shelter their horses and continue to train. We will be able to prove that we can do this safely."