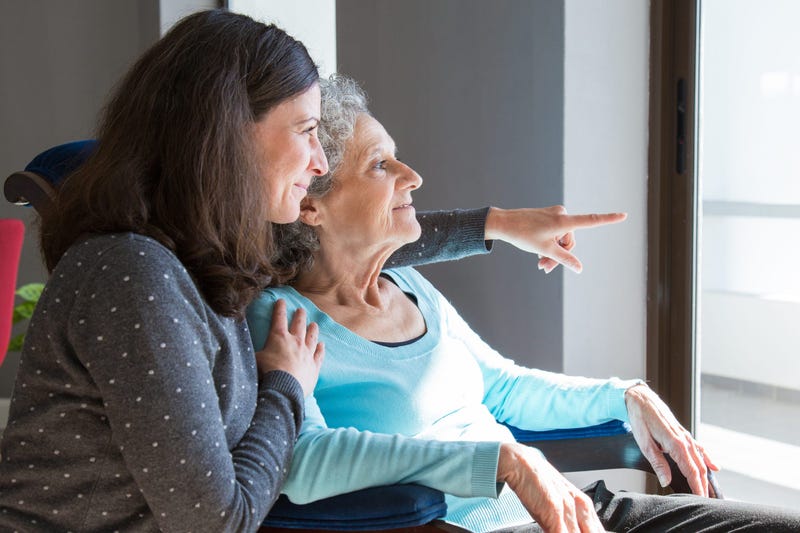 March 9, 2020 03/09/2020 3:14 pm
This week on WCCO Radio as part of our series called "Family Transitions: Planning for Aging Parents" we're taking you through how to navigate the emotional care and planning process.

In Part One, WCCO's Sloane Martin talked to experts in the law, financial and health care fields to get different perspectives on how to start that conversation with parents to establish plans and create peace of mind for a smooth life transition.

Family dynamics are complicated and contention can build when it's time for older parents to make plans for the future, especially if those parents and children have different ideas for how that should look.

The process is not only daunting because of the legal and financial tasks — those family emotions can make it easy to put off.

"There's so much noise out there," Cathryn Reher, elder law attorney and stakeholder at Long, Reher, Hanson & Price in St. Louis Park, said. "Talking about a power of attorney. Talking about a healthcare directive. Talking about a trust, wills, government benefits. There's noise in all of those areas because you have no idea what you should be listening to."

A professional or lawyer can help your parents work out the details in an approachable way. Starting can be the hardest part.

Local experts say their biggest piece of advice is to not to wait until a crisis, like an injury or stroke, that renders someone incapacitated.

"We don't like to deal with things that are unhappy or negative," Reher said. "I like to turn it around and say, when you plan it's really positive because you know how to manage your situation and so do the people that you love. Being prepared means everybody around you is going to be able to better support you and that the people that you want to have in those roles, you will be choosing as opposed to a court."

Reher and Kathleen Dempsey, an RN who has an advanced degree in gerontology and is the founder of Pathfinder Care Management in Minneapolis, recommend starting those living documents as early as possible ahead of retirement.

"It is peeling an onion and that's what this process is," Reher said. "The sooner you engage in that process — time is your enemy and the later you wait, the fewer options you have and the more likely you're going to have much higher costs or chaos or confusion."

"I think there's different conversations to have at different times," Dempsey said. "I do think that if you start the conversation earlier, it's easier to continue it."

Dempsey has been in business for 18 years helping retirees and people with chronic illnesses navigate their future plans. She says she's seeing more Boomers who are being proactive.

But if your older folks haven't gotten the ball rolling, what is the best way to approach it?

"I think you can start with some really basic things," Dempsey said. "And saying, 'You know, I know this is totally far away and you have no idea when this is ever going to happen or if it would, but have you ever thought about if this house became too much for you?'"

"'Can you tell me how you see me being involved with your future if you get sick or die?'"

"'I'm concerned. I need to have more certainty around that process because I'm scared' or 'I don't want to do the wrong thing' or 'I would feel really guilty if I did the wrong thing in caring for you.'"

It may not all be solved in one sitting and you may face resistance and that's OK.

"It's going to be a series of conversation over time," Dempsey said. "And even if you start the conversation and the door slams in your face literally or figuratively — because I know some people it's happened literally to — that doesn't mean it's been a failure because you still started that conversation. You still planted that seed."

Adult children can get parents moving toward taking action, but it is often best to be hands-off after that, says Mike Kojonen, the owner and founder of Principal Preservation Services in Woodbury.

"People come in here, they give me information about what their goals are and then the next meeting they come in with their children and it does a total 180," he said. "And you can just see that the parents being — they almost feel pushed or bullied in the wrong direction that's maybe not in their best interest. You have to look at the perspective of the parent because they've earned it. This is their estate."

Getting parents to see an expert could be a long process but it will be worth the effort.

"Fear is a huge factor," Dempsey said, "and also not wanting to have that conversation, which is sort of ironic and shooting themselves in the foot because it's like, if you would have the conversation you could tell us what you want or we could start planning for things so you have choices.

'That's a big thing we say to people: right now you have choices."