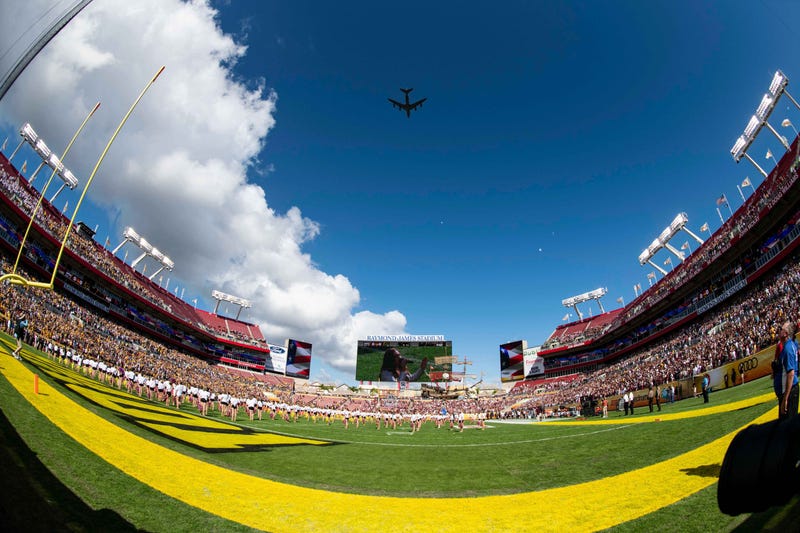 This comes after the Gophers finished the regular season 10-2, while staying in the national rankings from mid-season on.

The Outback Bowl game, scheduled for Raymond James Stadium at 12 noon CST on Jan. 1, 2020, is the first-ever meeting between the Gophers and Tigers.

Auburn is 9-3 after beating arch-rival Alabama to close out their regular season.

Their three losses were to Florida, LSU, and Georgia, all teams that were ranked in the top ten when they played Auburn.

“We are extremely honored to be selected to play in the prestigious Outback Bowl against a tremendous opponent in Auburn,” said Gopher coach PJ Fleck in a statement. “This has been a historic and elite season at Minnesota, and we are thrilled to be able to celebrate it in beautiful Tampa, Fla., with a New Year’s Day bowl game. I know our players, staff and fans are excited for this opportunity and to get to Florida."

Hear from Coach Fleck as he met with the media and talked about representing the #B1G in the @outbackbowl. pic.twitter.com/tWMzIz0IcI

The Gophers have played in 20 bowl games, 14 since the turn of the 21st century.

They only played in two bowl games prior to 1977, both in the Rose Bowl.

The Gophers' all-time bowl record is 8-12, including three wins in the last four postseasons.

"We are excited about returning to the Outback Bowl for the first time in five years to face a very good Minnesota team out of the Big Ten Conference," said Auburn head coach Gus Malzahn in a statement.

Technically, this is the Gophers' third Jan. 1 appearance. Their first-ever postseason football game was in the Rose Bowl after the 1960 season, which took place on Jan. 2, 1961 to avoid playing on a Sunday.

The selection committee revealed the pairings Sunday for the national semifinals and the final four was no surprise. The only mystery involved which team would be the No. 1 seed. The 13-member committee went with Southeastern Conference champion LSU. The top-seeded Tigers (13-0) will head back to Atlanta for its playoff game to face the Big 12 champion Sooners (12-1) in the Peach Bowl on Dec. 28.

LSU used a convincing victory against Georgia at Mercedes-Benz Stadium on Saturday to move up to No. 1. Ohio State had been atop the committee's rankings last week, but the slipped to No. 2 after coming from behind against Wisconsin to win the Big Ten title.

The Buckeyes (13-0) will face Atlantic Coast Conference champion Clemson (13-0) in the Fiesta Bowl in Glendale, Arizona, on Dec. 28. The national championship game is Jan. 13 in New Orleans.

After going 9-0 to start the season, the Gophers had been in contention for a spot in the CFP, but losses in two of their last three games, to Iowa and Wisconsin, dashed their hopes.