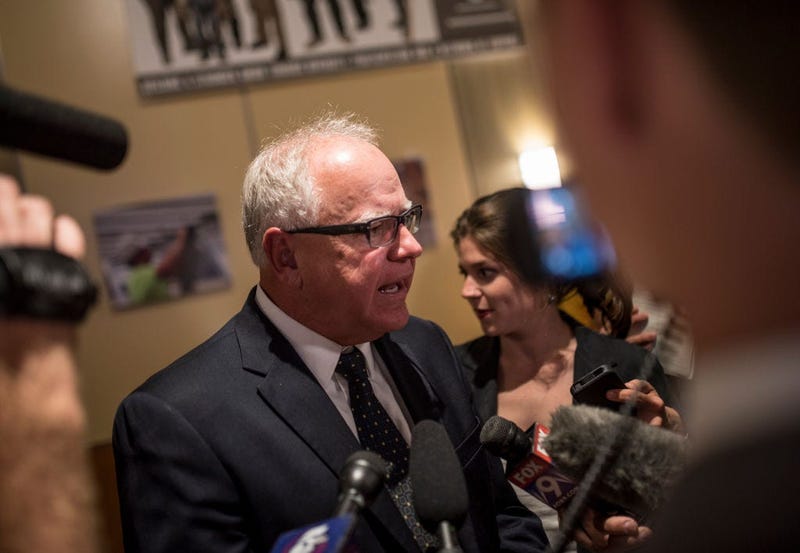 Minnesota Governor Tim Walz is among several Democratic governors testifying before the House Committee on Financial Services today, which is considering more financial aid to states to help with shortfalls caused by COVID-19.

Minnesota Republican Congressman Tom Emmer is on that committee, and opened with a pointed question for Walz.

"Governor Walz, we've served together," Emmer said. "Though we've had our disagreements, we've worked together on several occasions to help Minnesotans.  Since you've chosen to appear before this committee on the eve of another extension of your Emergency Authority, I look forward to learning how you intend to empower, not penalize, business owners, school administrators and families, with the information they need to drive our economic impact instead of digging our children and grandchildren deeper in debt."

Governor Walz responded, "I am not here to ask or complain.  I am here humbly and deeply grateful of the work the Cares Act did.  It did make a difference. It did impact. We're grateful to Congress and the Administration for what it did. And I assure you Representative Emmer, like any good budget, 92% of our Cares Act money is allocated and obligated and we have to look at an open-ended pandemic to deal with that."

Walz also testified about the state's economic whiplash earlier this year in going from a major budget surplus to a multi-billion dollar deficit caused by the pandemic.

The Cares Act was a funding package from Congress that helped local governments provide grants to hospitals, individuals or businesses affected by the pandemic, calculated by the Department of Revenue with a per capita formula; $12 million went to food shelves.