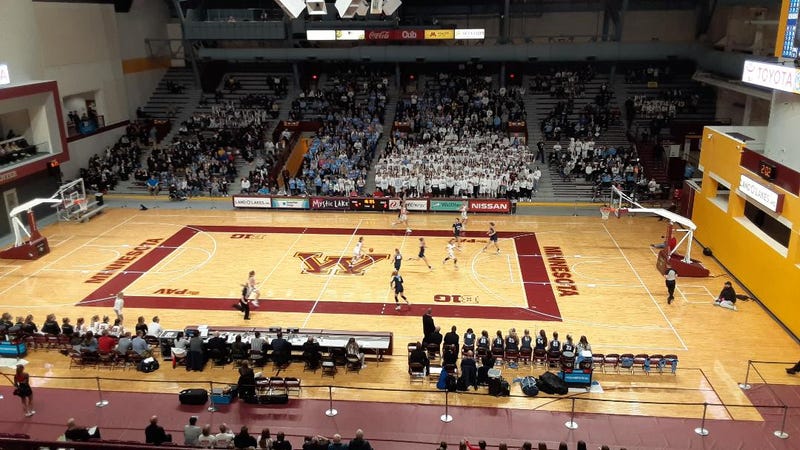 The air was let out of the ball on Friday for Minnesota's best high school hoops teams.

The Minnesota State High School League announced that both the girl's and boy's basketball tournaments are suspended, the league making the decision in response to the coronavirus outbreak.

The girl's basketball state tournament was in the middle of its semifinal stage at Williams Arena, while many boy's basketball section finals were scheduled for Friday night.

The boy's state quarterfinals, semifinals, and finals were scheduled for next week, with many of the games at Target Center in downtown Minneapolis.

The MSHSL also called off the state speech tournament, which was scheduled for next week, and they're planning an update on scheduled spring activities.

In a statement, high school league officials say the safety of all concerned is "paramount."

The girl's tournament began Wednesday at Williams Arena and the adjacent Maturi Sports Pavilion in front of large and enthusiastic crowds starting on Wednesday.

Fans were also allowed into the facilities for the games Thursday, but the MSHSL had planned to limit attendance starting with the Friday matchups.