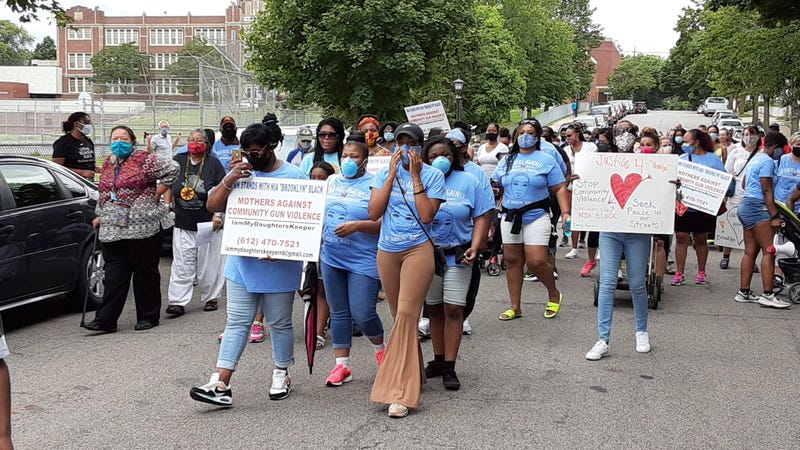 The unsolved death of a 23-year-old woman in June prompted more than 100 to march in St. Paul on Saturday.

Nia Black was gunned down in front of the Lamplighter Lounge during the early morning hours of June 13. Investigators say more than 50 people witnessed the shooting, many of whom filmed it with their phones. Nia's mom LaTanya Black spoke before Saturday's march.

"As a mother, I am not supposed to be doing this," Black said. "Enough is enough. We're not going to keep laying our babies to rest, give t-shirts, and just walk away. We're here today to reclaim our communities and let everyone know that we stand united."

Nia Black's death marked St. Paul's 16th homicide of the year. LaTanya said it's time for justice and an end to the silence.

"It's a unity walk for all communities to come and stand together," she said. "Our ask is to end the silence to violence and gun violence. We have to speak up. There were over 50 cameras out there when my daughter died. Somebody knows something."