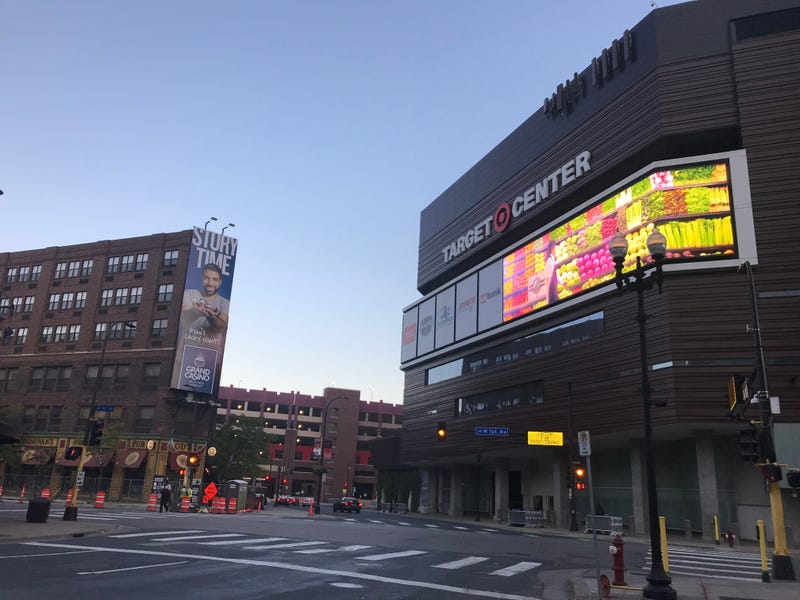 NBA teams and players are offering their arenas as polling places in the November election as safe in-person voting options during the coronavirus pandemic.

An annoucement on the proposal was made by the NBA and players union in a joint statement on Friday.

Minnesota state law would prohibit Target Center in downtown Minneapolis to bring in voting booths for the general election on Nov. 3.

But the home of the Timberwolves and Lynx could serve as a balloting center in another way.

"Kind of like a pop-up style voting opportunity," she said. "If they wanted to, counties could offer something like that for the seven days leading up to the general election."

"It wouldn't be what you would expect when you go in on election day," Adesaogun said. "But, certainly, folks who have already requested their absentee ballot online, they've got that ballot in, and just want to bring it in-person. That would be an opportunity, potentially."

In the agreement, it was outlined that teams who own and control their facilities would need to work with local elections officials to convert arenas into voting locations.

Target Center is owned by the city of Minneapolis, and no announcement has been made to join the league's plans.

Prior to Friday's announcement, the Atlanta Hawks, Detroit Pistons, Houston Rockets, Sacramento Kings, and Washington Wizards all made commitments to open their facilities as voting centers for the general election.