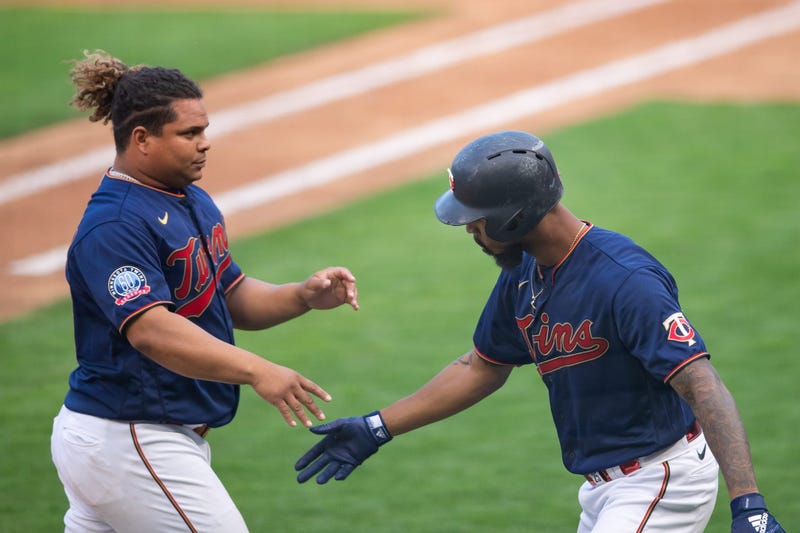 If you want to know what major league baseball was like in 2020, Friday's game between the Twins and Tigers at Target Field is the classic example.

The game was in Minneapolis, but the Twins were the road team and the Tigers were the home team.

The game was scheduled to end after seven innings.

It ended in the eight, and goes down in the books as an extra-inning contest.

Oh, and the winning run was scored by someone who was awareded second base just because the game was past regulation length.

In the end, the Twins were winners 3-2 when Marwin Gonzalez singled home Willians Astudillo, his trademark long hair bundled up in a flying ponytail, in the top of the eighth and Trevor May shut down the Tigers, who also started their at-bat with a runner on second.

The game was jammed into the quirky 60-game schedule after a rain-out of last weekend's game in Detroit between the teams.

Among the other changes instituted for the coronavirus-affected season was that all games played in doubleheaders would go seven innings, and any exta inning would start with a runner on second base, both rules have been tested out in minor league games in the past.

Not this year, though.  All minor league games were canceled because of coronavirus concerns.

Minnesota won the opener 2-0 with Randy Dobnak picking up his sixth wins, which ties him for the major league lead.

The Twins and Detroit play single games Saturday, Sunday, and Monday at Target Field, with the Twins the home team and all games going nine innings.

Then it's off to St. Louis for the Twins, who play the Cardinals in two seven-inning games on Tuesday before getting the next two days off.