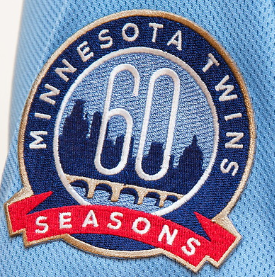 Not a full 162-game schedule, though.

"There is a very, very serious effort led by Commissionor Rob Manfred, and the owners to find a path to play baseball in 2020," St. Peter told Dave Lee on the WCCO Morning News. "I'm increasingly optimistic that there will be a path to play, but exactly where that path leads remains to be seen."

St. Peter agreed that with the late start, a full season won't happen.

"Just with the calendar, it would suggest that it's going to be less than 162 games," he said. "I think there would be a push to play as many games as possible, some things are going to need to be in place, whether it be adequate testing and (a) medical sign-off. I'm not sure we're there yet."

Baseball has had several seasons cut short, one was in 1918 during World War I, a national mobilization that was made more difficult with the Spanish Flu pandemic.

That year, with the threat of the game's biggest stars being drafted and pulled right off the field, the changes were made on the fly. The sixteen big-league teams each played 126 games through Sept. 2, with the World Series staged immediately afterward and ending nine days later with the Boston Red Sox beating the Chicago Cubs in game six.

On Monday, Gov. Walz joins Manfred and Twins owner Jim Pohlad on a conference call, where the governor will get an update on where the major leagues are in their restart plans.

"I think they want to provide Gov. Walz with an update on where baseball stands," said St. Peter. "I think it starts with a phone call and hopefully it leads to additional conversations."

The next time the Twins play it will be the team's 60th season since the franchise moved from Washington, DC to the Twin Cities.