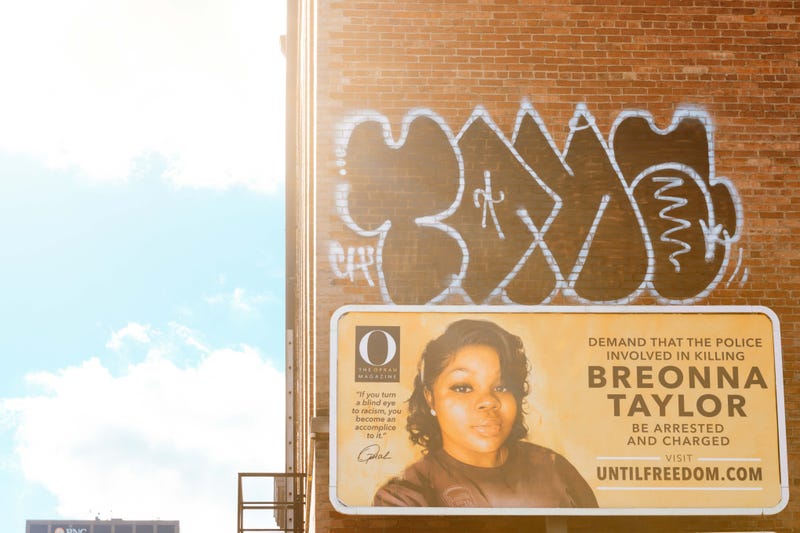 (WCCO) Former Louisville police officer Brett Hankison was charged in the Breonna Taylor case with "wanton endangerment," which begs the question for legal laymen: What does that mean?

A search of the lawbooks will show you that charge doesn't exist in Minnesota, though a local defense attorney says it's similar to a charge the state does have.

"We would call it, in Minnesota, 'reckless use of a firearm,'" said Joe Friedberg, who represented defendants in several high-profile cases in Minnesota.

Minnesota statute 609.66 says anyone is guilty of a crime in the state if they: recklessly handle or use a gun or other dangerous weapon or explosive so as to endanger the safety of another; or intentionally point a gun of any kind, capable of injuring or killing a human being and whether loaded or unloaded, at or toward another.

In the Taylor case, the Kentucky Attorney General, who convened the grand jury which handed up the indictment of the officer, says a controversial "no-knock" warrant was not used, despite reports to the contrary.  Taylor, a 26-year-old Black woman who worked in emergency medical services and was looking forward to a bright future, was killed when police allegedly banged down the door of her apartment and shot her to death. Officers were there on a drug warrant for a person who didn't live there; Taylor's boyfriend allegedly fired at officers, fearing a break-in. They opened fire, and she died.

Prosecutors believe the act that killed Breonna Taylor was wanton, which is defined in Kentucky as, "when, under circumstances manifesting extreme indifference to the value of human life, he wantonly engages in conduct which creates a substantial danger of death or serious physical injury to another person." The charge carries a possible sentence of up to five years in prison and fines as high as $10,000.

Friedberg, who was a guest of WCCO's Chad Hartman Wednesday, says there is a reason such warrants are controversial.

And they're extremely rare in Minnesota, he added.