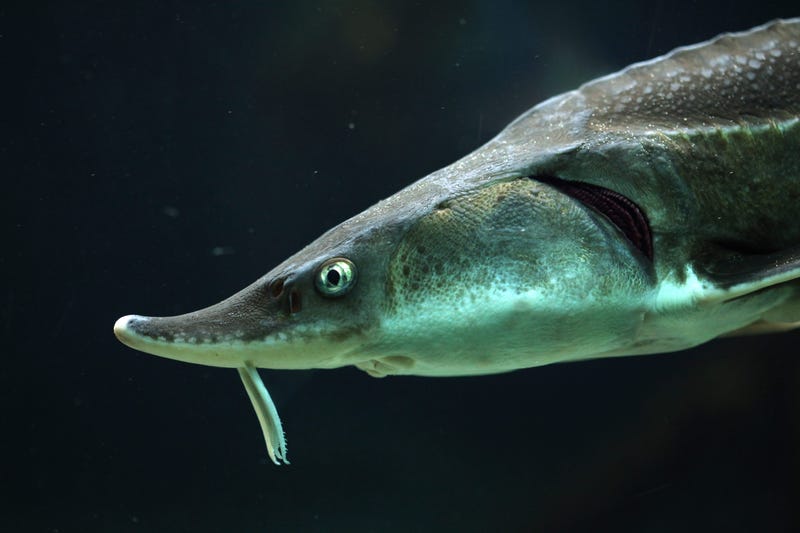 But the biggest question is, how did a 6-foot long sturgeon end up in the shallow waters of Minnehaha Creek?

"They migrate up creeks to spawn", said Schara.  "They're bottom-feeders and it may have been in the creek to spawn."

RELATED: A measure of catch-and-keep for walleye anglers on Mille Lacs.

The DNR has never, in years of sampling, found evidence that sturgeon are in Lake Minnetonka, which Minnehaha Creek flows out of.  Schara says that does not necessarily mean they're not in the lake however.

"That doesn't surprise me.  The surveys are done with a gill net usually, and often certain fish avoid these.  There have been some other examples of fish not known to be in certain lakes and then show up. So that's not totally surprising.  Minnetonka, back before the dams, was attached to the Mississippi River (where sturgeon are found).  So it's very likely sturgeon have been up there before."

The Minnehaha Creek Watershed District manages lake and creek water levels between St. Bonifacius on the west side of Lake Minnetonka, through where Minnehaha Creek empties into the Mississippi in South Minneapolis.  There are a number of dams that help regulate water levels and flow in the watershed.

The Minnesota DNR has been working on habitat restoration and conservation efforts that are helping the slow-growing, prehistoric sturgeon make a strong comeback in the Rainy, St. Louis, Red and St. Croix rivers.  "The comeback of the sturgeon in Minnesota is a real conservation success story", said Schara.  "They worked to get them restored back to the Rainy River, Mississippi River, and other places.  Right by the Coon Rapids Dam for example.  These are native fish, of course.  They're actually prehistoric.  It's a success story.  They live for decades, maybe a century or more and they get big."

As big and prehistoric looking as they are, they're not dangerous to people or other fish.  Schara said, "They're harmless.  They don't eat other fish.  They're bottom-feeders."