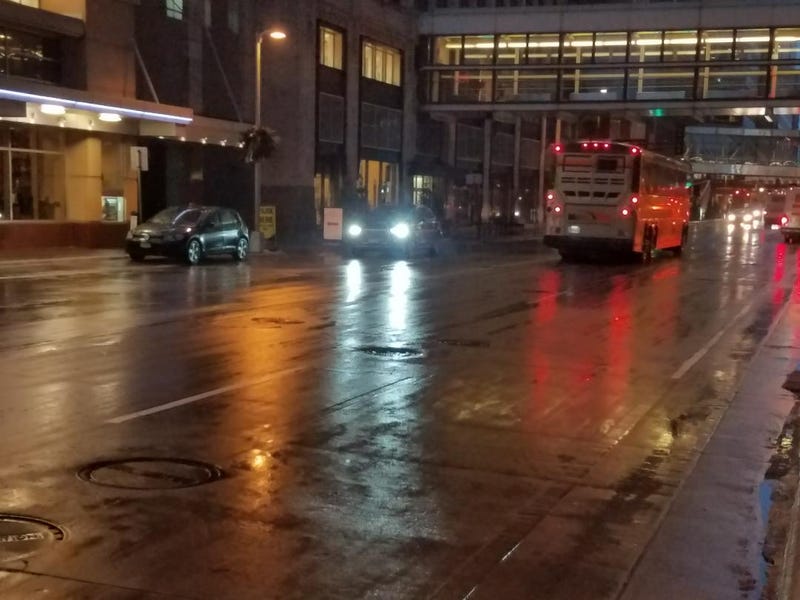 Icy roads to start out Monday is just the beginning for much of Minnesota, which is in the crosshairs of a pair of snowstorms that could dump nearly a foot of snow in some areas by the end of the week.

WCCO's Mike Lynch is back from vacation to tell us what's coming up.

There will be two rounds of snow this week. Snow will develop Tuesday across southern MN and western WI with a few inches expected. Another round will push through Wednesday night and Thursday with another several inches possible. #mnwx #wiwx pic.twitter.com/MKyD9pvftt

There is a winter weather advisory already out Monday for much of southern Minnesota, including the Twin Cities metro.

Freezing drizzle made morning travel difficult on roadways in the affected area, which stretches from Redwood Falls east to western Wisconsin.

The freezing precipitation is expected to taper off before the afternoon, with little additional icing expected.

There's also a wind chill advisory in western Minnesota until Tuesday morning, where the high winds are predicted to make it feel like up to thirty below zero.