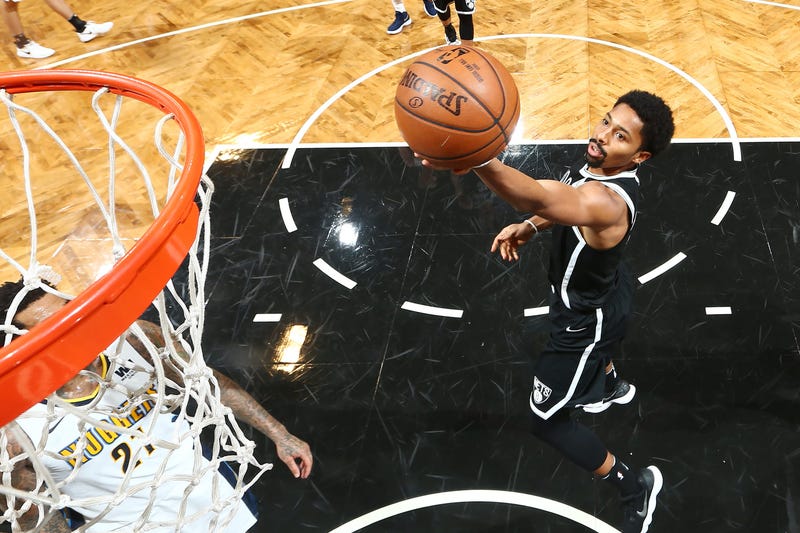 The NBA is slated to return to action on July 31, as 22 teams will travel to the ESPN Wide World of Sports Complex in Orlando to play out the remainder of the 2020 NBA season.

The Minnesota Timberwolves are one of eight teams not participating in the Florida festivities. The NBA tabbed the 16 teams in the current playoff picture and the six teams within six games of their respective conference’s No. 8 seed as worthy of an invitation to the season restart.

Among the teams traveling to Florida to represent the Eastern Conference is the Brooklyn Nets. It’s noteworthy because the Timberwolves currently own the rights to Brooklyn’s first-round pick from the trade involving All-Star guard D’Angelo Russell.

However, that pick has a lottery protection attached, meaning the Nets keep the pick if they do not make the 2020 playoffs and instead find themselves a part of the NBA Draft lottery. If the Nets do keep their 2020 first-rounder, then Brooklyn’s first-round pick for the 2021 NBA Draft would then be lottery protected from Minnesota. The same would be true for the 2022 NBA Draft if Minnesota does not yet receive a pick. If no pick is awarded to the Timberwolves through the 2022 NBA Draft, then Minnesota receives two second-round picks.

Related: What's Next For the Minnesota Timberwolves After Being Left Out of the Playoffs?

This brings us to the recent news that Nets guard Spencer Dinwiddie and center DeAndre Jordan tested positive for COVID-19.

Jordan has already said he will not participate in the NBA restart out of precaution. Dinwiddie, meanwhile, has not made a commitment one way or the other yet.

Brooklyn will already be without perennial All-Stars Kyrie Irving and Kevin Durant due to injuries. Dinwiddie has been the next star in line for Brooklyn taking on that responsibility as a leader and a crunch-time scorer throughout the season.

During a career season in 2019-20, Dinwiddie has scored 20.6 points per game, which is second on the Nets this season only behind Irving. Dinwiddie is also the team’s leading passer with 6.8 assists per game.

In the event that Dinwiddie chooses not to travel with the team to Orlando for the remainder of the season, the Nets would be relying on a plethora of role players to step up and carry the load to maintain the Nets’ playoff spot.

And yet, if Brooklyn does manage to hang on to that spot, the playoff run likely wouldn’t last long. The juggernaut Milwaukee Bucks and defending champion Toronto Raptors hold the top two seeds in the Eastern Conference and represent one of the likely first-round matchups for Brooklyn.

Again, if Brooklyn does not make the playoffs, they will retain their first-round pick and the Timberwolves will lose out on that pick for the 2020 NBA Draft and the lottery protection will carry into the 2021 NBA Draft.

There’s a couple of ways to look at this scenario from Minnesota’s perspective. On one hand, the Timberwolves will lose out on a valuable asset to aid the rebuild taking place now. The roster turnover Minnesota endured this season vaulted the franchise into a rebuild. There is no indication that President of Basketball Operations Gersson Rosas and head coach Ryan Saunders want to slow down that rebuild for any reason.

Related: Why It Matters That the Minnesota Timberwolves Season is Over

Additionally, if the pick protection is transferred to next year, Brooklyn’s pick will likely be much lower in the draft. In this scenario, Durant and Irving are healthy and playing together, which makes Brooklyn a real contender in the East and probably not trying to squeeze into one of the lower playoff seeds.

So, it’s in Minnesota’s best interest if Dinwiddie travels to Orlando and contributes to the Nets’ playoff push during the NBA restart.

With that said, Brooklyn has some clear incentive to “tank” in this scenario. Whether that plays into Dinwiddie’s decision or not, nobody will know. But there’s no question that the Timberwolves are closely tied to Brooklyn’s success, or perhaps lack thereof, during the remainder of the 2020 season. And that might hinge on Spencer Dinwiddie’s decision.