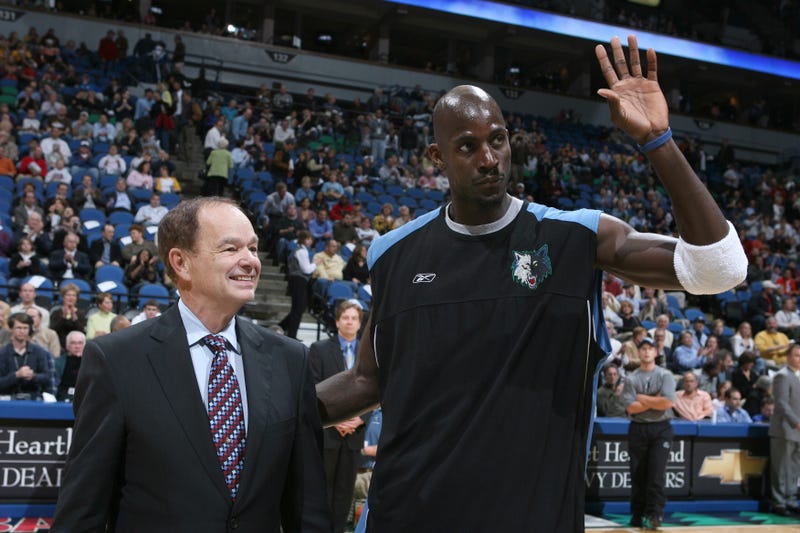 The Wilf family, owner of the Minnesota Vikings, is also planning to make a bid for the team.

The Wilf family that owns the Minnesota Vikings has emerged a serious candidate to buy the Minnesota Timberwolves, league sources told ESPN.

Kevin Garnett posted his intention to bid on the Timberwolves and Lynx franchise on his Facebook account.

Glen Taylor has made it known that part of the sale of the Wolves and Lynx is that they stay in Minnesota.

For Garnett, this bid is personal because of his stature within the franchise. Garnett wants to purchase the team and keep it in Minnesota, sources said. Glen Taylor told @JonKrawczynski that keeping the franchise in Minny is a requirement. https://t.co/zTPDteOPJy

There could be a familiar name in the bidding for the team.

NBA/Timberwolves legend Kevin Garnett and a group of investors are seriously interested in and exploring bid for Minnesota T’Wolves from Glen Taylor, sources tell @TheAthleticNBA @Stadium.

According to the sports media website Sportico, Timberwolves owner Glen Taylor is ready to sell the team.

The article says that the Wolves owner is has retained The Raine Group, which is a bank that specializes in tech, media and telecommunications. Taylor is looking to sell the team for $1.2 billion according to the article. Taylor is said to want to avoid a public auction for the team. The article also says that Taylor's reasons for wanting to sell are not because of COVID-19 hardships.

Taylor bought the Timberwolves for $88 million in 1994. The team enjoyed success for much of the late-90's and early 2000's but have stayed near the bottom of the NBA standings for most of the last 15 years. The team made the playoffs in 2018 for the first time since 2004.

The Raine Group, founded by Joe Ravitch and Jeff Sine, in partnership with WME Entertainment, has previously helped FIFA raise capital for the World Cup and helped complete a $500 million investment deal between Silver Lake and Manchester City of the EPL according to the article.

News Talk 830 WCCO has reached out to both The Timberwolves and The Raine Group but has not gotten a response from either group.

This story is developing. Check back to wccoradio.com or News Talk 830 WCCO for updates.