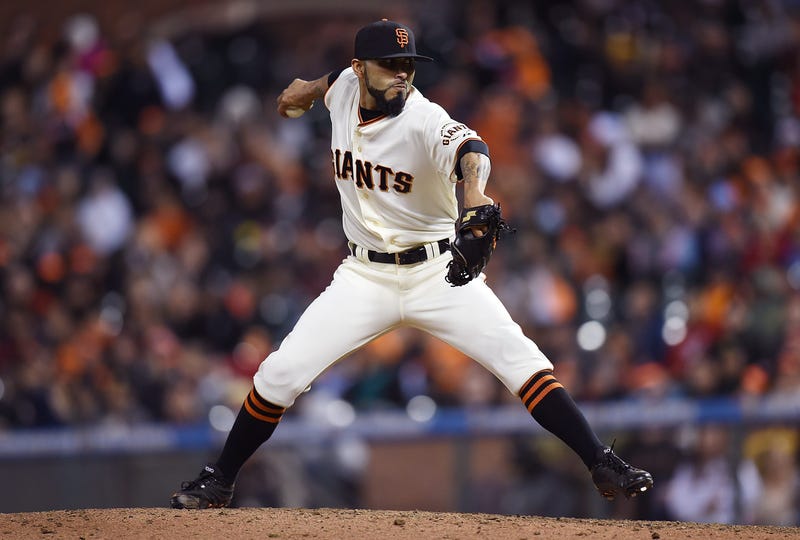 MIAMI (AP) - Veteran reliever Sergio Romo is right back in a pennant race.

The AL Central-leading Twins acquired the 36-year-old righty from Miami on Saturday night, hoping to boost their beleaguered bullpen for the stretch.

"It's kind of hard to explain because I'm super excited," Romo said. "They're in a really, really good position to make a playoff push. That's exciting. It's super fun baseball to play."

"But kind of mixed feelings based on the fact I get to leave a bunch of dudes I've grown to love. Cool dudes who allowed me to be myself," he said.

The Twins got Romo, minor league pitcher Chris Vallimont and a player to be named for minor league first baseman Lewin Diaz.

Minnesota's once-big division lead has been dwindling, and is down to just two games over Cleveland following Sunday's action. The Twins recently made several roster moves with their bullpen, trying to improve the mix.

"He's ultra-competitive, he wants the ball and he's scared of nothing," Twins manager Rocco Baldelli said. "I think everyone knows him as a pitcher. He's been around a very long time. He's had a very successful career, he's pitched in some big, big spots and once you get to know him you can see how he's had success in those spots."

Baldelli was familiar with Romo from their time together in the Tampa Bay organization.

"He's a guy that's done different things over the course of his career. He has some history at the end of games in big moments. He's not worried about pitching in those moments. He actually desires to pitch in those moments," he said.

"He's a guy that also gives you a little bit of a different look. I don't what you would call his arm angle, but he's pretty tough on right-handed batters, always has been, and that slider that he throws is a little bit different, maybe, then any slider in the game. We're looking forward to having him here."

Romo will pair with lefty Taylor Rogers, who has emerged as the Twins' closer, in the back of the bullpen.

The trade was announced Saturday night. The deadline for making deals to have players eligible for the postseason is Wednesday.

The Twins will be Romo's fifth major league team. He played his first nine seasons with the Giants before stops with the Los Angeles Dodgers, Tampa Bay and Miami.

Romo signed with Miami in the offseason and leaves a last-place team for a club in first place.

"We felt like we maximized an expiring asset and were able to add, in our opinion, one of the most productive, impactful power hitters in all of minor league baseball," Marlins president of baseball operations Michael Hill said.