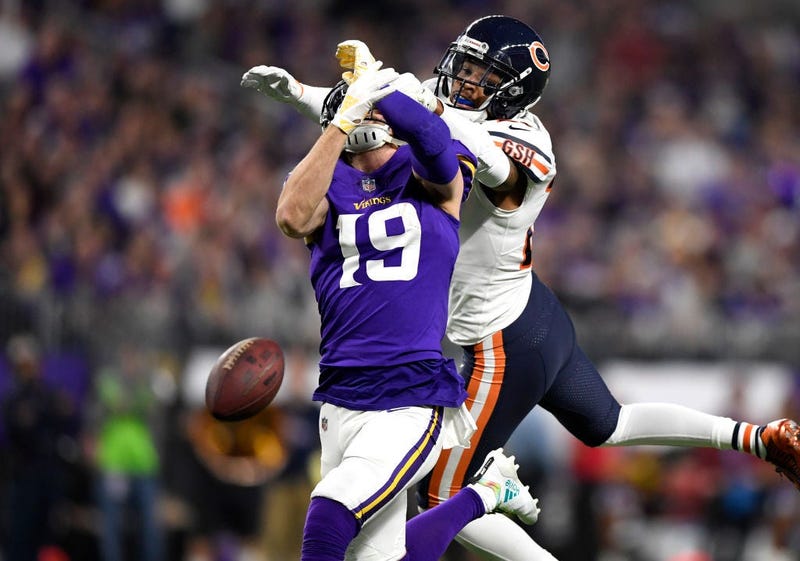 If you’re a Minnesota Vikings fan, the penalty flags thrown during their loss to the Green Bay Packers were undoubtedly frustrating.

An offensive pass interference call - dialed in from the NFL referees watching in New York -  negated what would have been a Stefon Diggs touchdown. The team had to settle for a field goal instead.

This isn’t just a Vikings issue, however.

Arguably the best quarterback of all-time, Tom Brady, went public with his opinion of the referees during Thursday Night’s game between Jacksonville and Tennessee.

Too many penalties. Just let us play!!!! #TENvsJAC

Minnesota hosts the Oakland Raiders this weekend, who are ranked dead last against the pass this season, giving up an average of 342.5 passing yards per game.

“At the same time, it’s football. We got to be able to go out there and play our game, play fast, play physical and kind of just let it play out.”

Join News Talk 830 WCCO live from Erik the Red at 9am for The Purple Pregame with Joe Anderson and Henry Lake. Also watch the game on Facebook live with Cory Hepola and Boxing Champion Caleb Truax starting at noon.