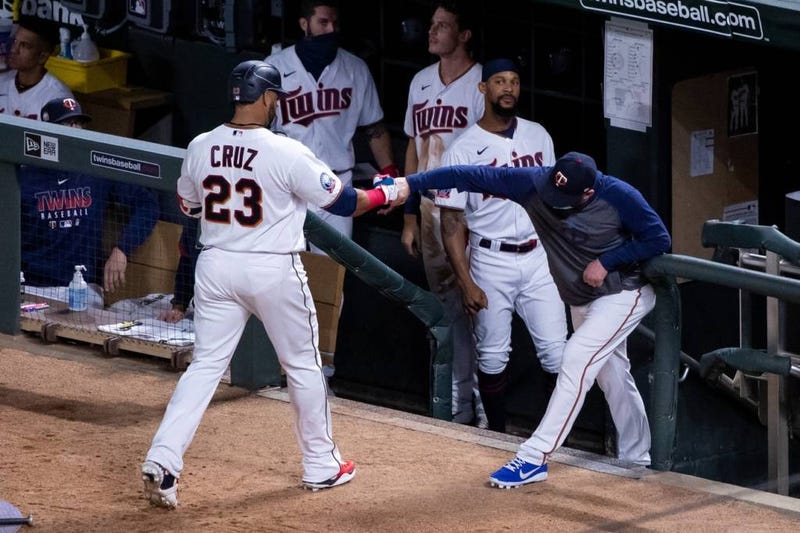 When Jorge Polanco was called out on strikes to end the Minnesota Twins season on Wednesday, it not only added to two decades of playoff futility, it was also indicative of the Twins’ inconsistency this season. Minnesota lost two games to a sub-.500 Houston Astros squad in an unceremonious end to the season. Now they are 18 games to the playoff losing streak, which is the longest of its kind in the history of North American sports.

They were marred by injuries and inconsistency all season, however, and the stars didn’t align like they did in the 2019 regular season.

Many players had career years when the Twins became the Bomba Squad in 2019. Polanco was in the hunt for the batting title and solidified himself as the team’s shortstop. Mitch Garver took the starting job from Jason Castro thanks to his improved defense and 31 home runs. Byron Buxton hit well at the start of the season, and won a gold Gold Glove. Max Kepler emerged as a slugging force in right field. Miguel Sano changed his swing and launched home runs throughout the second half. Nelson Cruz continued his late-career renaissance and mashed 40 home runs that year.

In 2020 that didn’t happen, and no one should have expected that to happen. Each of these players were going to be franchise mainstays, but that magic would be hard to recapture.

Garver was a shell of himself offensively and defensively this year. Sano started and ended the season cold. Polanco seriously regressed and slumped into the regular season finale. All three were at least 100 points below league-average OPS.

Garver missed significant time, but finished the season with a .167 batting average and a team-low .511 OPS. Polanco hit .189 in the final 14 games of the regular season, and he only slugged .243 and had a .493 OPS all year. Sano was even worse, hitting .167 in September. In the last two weeks, he hit just two home runs and struck out 19 times in 10 games.

Minnesota’s former power juggernaut still managed to be relatively consistent when it came to home runs in 2020. That was until the season came to a close. The Twins were held without a home run in three straight games just once this season — but they were the final three games of the season. The two games against the Astros in the Wild Card series made it five straight, something that they hadn’t done in more than two seasons.

Aside just from the lineup, some key pitchers for the Twins regressed. Taylor Rogers, the once surefire closer saw his ERA balloon almost 1.5 runs from 2019 to 2020. Sergio Romo’s stellar finish to 2019 wasn’t replicated in 2020 either. His ERA went up almost a full run this season to 4.05.

The team’s newest free-agent addition, Josh Donaldson, was supposed to help this Twins lineup reach new heights. Instead, he made three separate trips to the injured list this season. He appeared in 28 games and hit .222 and 11 RBI. Most importantly for Donaldson, the calf injury that put him on the injured list multiple times, keeping him off the Wild Card roster — two crucial games missed for one of the top offensive players on the team.

In addition to those two, both Garver and Luis Arraez missed significant chunks of games. Garver played 23 and was inconsistent before and after the injuries. Arraez was plagued with knee and ankle problems through the season and was limited to 32 games.

The pitching staff suffered injuries as well. Rich Hill, Homer Bailey and Jake Odorizzi all spent time on the IL, making the seemingly deep starting rotation extremely thin at times. Bailey had just two starts for the Twins this season. Odorizzi appeared in four games but recorded just over 13 innings of work.

The Twins tried to replicate their success from last year in 2020. But like in many seasons, there were setbacks. Career years were followed by letdowns. Injuries affected much of the lineup and starting rotation. In a 60-game season, the team fought through so much and still won the division.

But then it all fell apart.

The only consistent thing about this year’s club and the Twins teams of the past was the result in the playoffs.