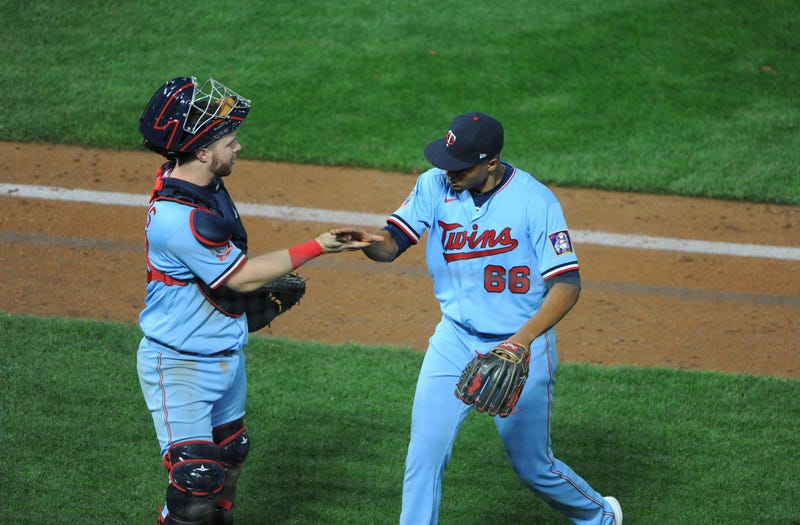 Twins still have work to do Photo credit Getty Images

The Twins are already in baseball’s pandemic postseason tournament, that much we know.

But with the final weekend of the 60-game regular season coming up, we’re still not 100 percent sure who the Twins will play in the opening round, or where those games will take place.

After sweeping a pair of games from Detroit, and getting a lot of help from Cleveland (four-game sweep of the White Sox) and Toronto (3 wins over the Yankees), the Twins are one win away from clinching home-field advantage for next week’s best-of-three series.

They also have the second-best record in the American League, their mark of 35-22 is just two games behind Tampa Bay.

The Cincinnati Reds are in Minneapolis to close out the season, and, at 29-28, they’re hanging on to gain a spot in the National League playoff field.

Know this: The Twins, White Sox, and Indians all have a shot at finishing in first place in the AL Central, and there could be a three-way tie for the division crown.

That’s a good thing for Twins fans, because that deadlock would give the local nine a second straight finish atop the standings, according to tiebreaker rules.

Now, if it’s the White Sox and Twins tied for first, Chicago gets the title and a top-three seed. You can blame last Thursday afternoon’s crazy loss in Chicago for costing the Twins the tiebreaker with the Pale Hose.

If it’s the Indians and Twins tied, the tiebreaker goes to the Twins who won the season series with Cleveland.

As for the matchups, the top team faces the number eight seed, two versus seven, three versus six, and four versus five.

The Twins theoretically could finish anywhere from the best record in the AL to the next-to-last seed.

And that’s just to get to the Division Series, with the survivors there going to the league championship series, and then comes the World Series.

The Twins are already in baseball’s pandemic postseason tournament, that much we know.So, for the Twins and the 15 teams that’ll come out of the weekend in the postseason, it could be over in as few as two games, or a march through the month of October with three more rounds of the playoffs.