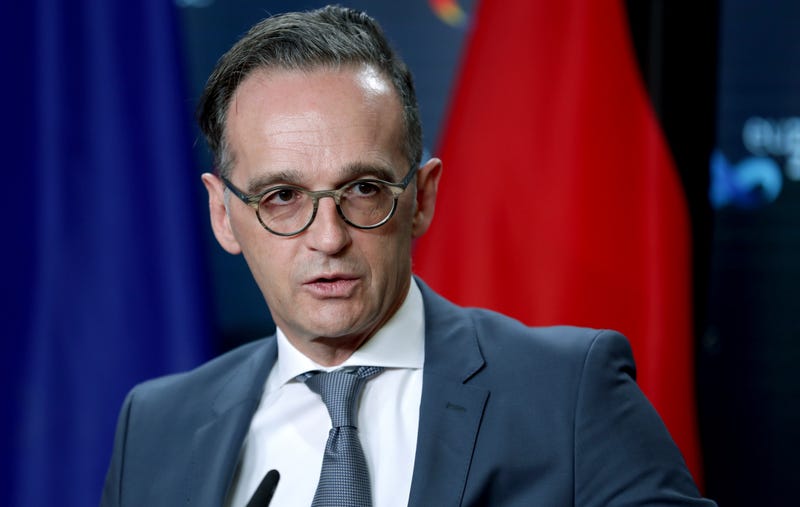 BERLIN (AP) — German Foreign Minister Heiko Maas said Tuesday he hopes a reset of U.S.-European relations under the Biden administration can end years in which Europe was mainly concerned with “damage control.”

Maas' counterpart from Portugal, which will have taken over the European Union presidency when Joe Biden is inaugurated, said Europe wants to be treated as a “full and equal partner” rather than an enemy of the U.S.

Biden's victory over President Donald Trump has been greeted with relief in Europe, where differences with the outgoing administration ranged from trade tensions to defense spending, relations with China and how to handle Iran's nuclear program.

Biden has made clear that he wants to “repair” the trans-Atlantic relationship, “and that is urgently necessary,” Maas said at a panel event in Berlin.

Recent years, he said, were an exercise in “damage control” on international diplomacy and issues such as climate change. “Enough of that — with this, we are not doing justice to the challenges we face at present.”

“The result, because the West wasn't working together any more, was that in many issues a vacuum arose that was used by China or Russia,” Maas said. But he cautioned that the Europeans “will have to get out of our seats” to grasp new opportunities, and offer to do more themselves in their immediate neighborhood as part of what he has termed a “ new deal ” with the U.S.

Germany holds the EU's rotating presidency until the end of December, when it will hand over to Portugal.

Portuguese Foreign Minister Augusto Santos Silva called for new talks with the U.S. on trade relations. And he noted that a major objection to the Trump administration's approach was its language.

“We were permanently treated by our American friends, and the Trump administration, not as friends and allies but as adversaries or even enemies,” he said. “And we were always asked to choose: either you are with us, the Americans, or you are with China.”

“Of course we are with the Americans, but not as the minor partner, not as a follower ... it's a question of being a full and equal partner of the United States,” Santos Silva said. Europe's interests include good relations with all world regions, he added.