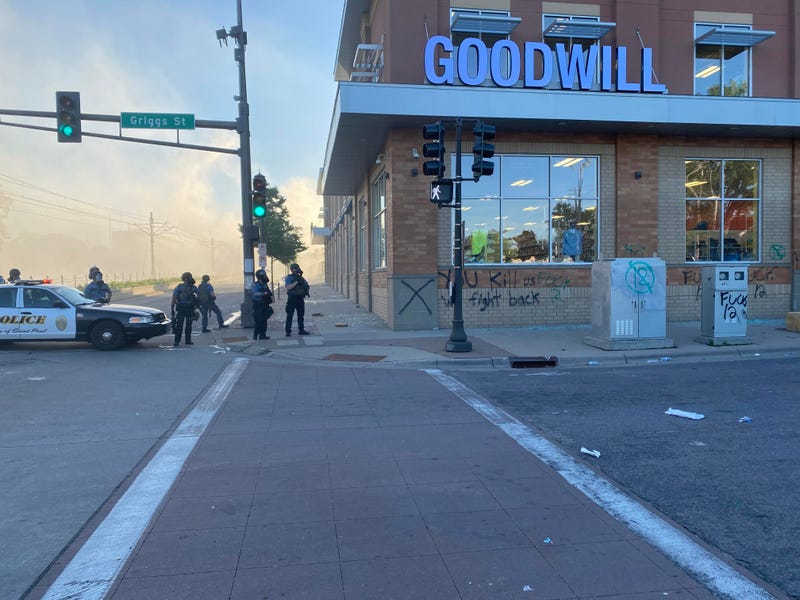 The latest $1.9 billion bonding bill was passed last October. This one totals more than $500 million.

Citing low interest rates, the need to keep up with asset preservation and replacement, and following the usual progression, Walz said it’s time to keep investing in things like infrastructure and higher education.

“You’re not saving money not replacing that leaky roof,” Walz said, comparing the investments to home upgrades. “You're not saving and money you’re actually sometimes putting things at risk and they depreciate and, worst yet, they become hazards.”

Walz said the upgrades to the capitol predate last summer’s civil unrest and derive from an advisory committee headed by the Lt. Governor. He said he did not know all the details from the committee’s requests, but was asked about the possibility of metal detectors:

“I worried about that at the United States capitol that it became harder and harder to get in,” Walz said. “Some of us remember when you could just walk right up to the capitol and walk right in. Same with pretty much the White House. But I think we realistically have to look at the times we’re living in. We have to take the security experts’ advice on this. Maybe some of it is nostalgia for a simpler time and we can’t be naive, but I think we do have to always strike the proper balance of access for the people to get there is really critical.”

On the funds to Minneapolis and St. Paul, Walz said he does expect pushback.

“‘I won’t support a penny for Minneapolis,’” Walz said imitating arguments from Republican lawmakers. “Well, if we start going down that road and start vulcanizing how we do everything, then why would Minneapolis support a road up in Roseau, or whatever it might be. And that’s a dangerous place for a state and a nation to be in. And I’m going to make the case that they’re smart investments. They make sense.

“Nobody’s saying that what happened and the folks who committed arson was a good thing and many of them have been arrested and punished for it. That doesn’t change the fact that the damage of what they did is still there and that’s hurting all of us economically. It’s certainly hurting all of us socially.”
Walz also called out the legislature to make a decision about reimbursement funding for Derek Chauvin murder trial public safety after his SAFE Act failed in the House last week.

“What I’m saying is, we just don’t have the bandwidth now to do the political theatre,” Walz said. “This is one of the things, I get it. I was a legislator for 12 years. They can theoretically debate things. I’ve got to make sure no one gets killed when that trial starts and that First Amendment rights are protected and that buildings are protected so we don’t go because there’s no excuse this time because we know things are coming.”

“I’m hopeful we can get it passed,” Daudt said. “If we don’t, we still have the State Patrol and the National Guard responding and the governor’s already called up and I know the National Guard’s already training for this. I think people can understand the governor’s not going to sit on his hands for four days this time, he's going to react a little bit quicker and hopefully we’re going to have a response, even if we don’t have the money to help neighboring police departments. And I assume they’re going to send officers regardless because Minneapolis is going to need the help.”