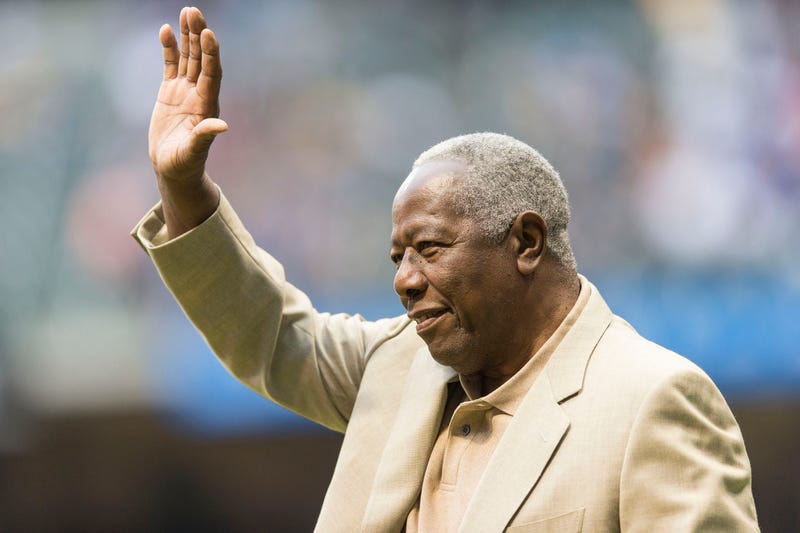 "Hank was the king. He was the person that Eau Claire takes great pride in," said Jerry Poling, a professor at UW Stout and author of A Summer Up North: Henry Aaron and the Legend of Eau Claire Baseball.

Today we honor and remember home run king, Hank Aaron, who made his professional baseball career debut right here at Carson Park with the Eau Claire Bears. Aaron passed away early this morning at the age of 86. May he rest in peace. ❤️ ⚾ pic.twitter.com/5ujIJyYGZk

Poling says the journey to Eau Claire for Aaron, who died Friday at the age of 86, had not been an easy one.

"He grew up with Jim Crow laws in Mobile, Alabama. Joined the Negro League at age 18, and was playing with only Black opponents, and Black teammates."

Eau Claire must have been a major culture shock, according to Poling.

"He's dumped into a virtually all-white city, and told to play baseball, and oh by the way, fit into a city that is totally foreign to you."

"Hammerin’ Hank" spent the 1952 season playing shortstop for the Bears and did not disappoint.

"He was rookie of the year in the Northern League," Poling said. "He made the All-Star Team, he batted .336, his strike out ratio was very low. He just always put the bat on the ball."

In 1994, a statue honoring Hank Aaron was placed outside Carson Park, where Aaron played and where high school, collegiate, and amateur baseball is still played.

Poling says Aaron questioned where he would have ended up, had he not play in Eau Claire.

"There were a lot of young players, Black and Hispanic, who were coming into professional baseball at that time, who did not have great experiences, whether it was loneliness or racism. Many of them went back to their hometowns and didn't continue their baseball careers."

Poling says he’ll forever be grateful for the time he shared with Hank Aaron while putting the book together.