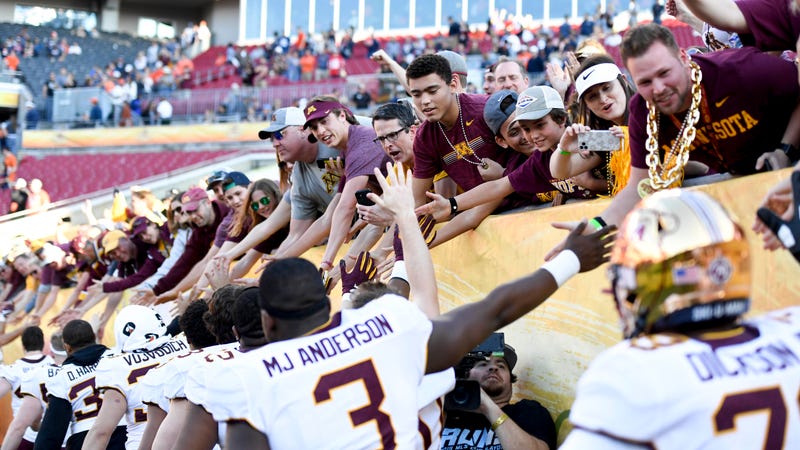 It will likely look like a typical weekday outside TCF Bank Stadium on Saturday ahead of the Minnesota Gophers hosting the Michigan Wolverines in their first Bfootball game of the season.

Tailgating and other traditional pregame festivities won't be happening this season due to the COVID-19 pandemic. With that being the case, the University of Minnesota Athletic Department is reminding fans to stay away from campus.

"We've been very direct in that messaging and although it's not a fun message and obviously not what people think of when they think of the gameday environment, it is a necessary one for 2020 that we can't have tailgating and people gathering in groups," said Mike Weirzbicki, the associate athletic director for external affairs at the University of Minnesota.

Telling thousands of fans to stay away isn't necessarily an easy, especially as ESPN's College GameDay program is schedule to air from inside TCF Bank Stadium on Saturday morning.

See you next week for our first Big Ten showdown of the season: Michigan vs. Minnesota 👀 pic.twitter.com/2bzNOd0Oge

With the show happening inside the stadium, that means fans won't be allowed to be in the crowd, which is one of the show's mainstays.

"We had a bunch of fans drop off some signs Thursday night to follow the GameDay tradition. We'll have those positioned to be featured during the show," Weirzbicki said. "We're not encouraging anyone to come for the show and we will have the appropriate presence to persuade people to move on if the come and try to gather."

The U will have security and parking staff on-site to disperse any crowds and remind visitors that tailgating and large gatherings aren't allowed due to the COVID-19 guidelines.

The Gophers are working to bring the gameday experience to life virtually and the stands won't be completely empty. The U is offering cardboard cutouts and around 800 fans will be in the stands, primarily made up of family members of coaches and players.

Kickoff between Minnesota and Michigan is set for 6:30 p.m. and the battle for the Little Brown Jug will be broadcast on ABC.