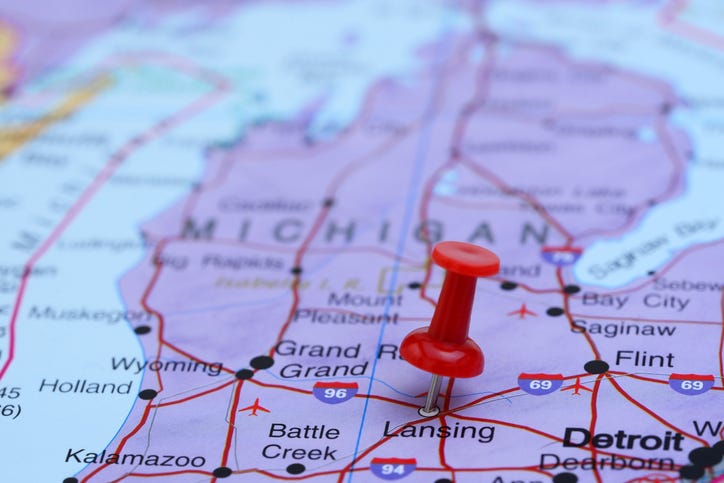 They both start with an M, have fairly spectacular lakes and get cold in the winter, but one is shaped like a mitten and the other is Minnesota. Final answer? They're Minnesota and Michigan, and they're demonstrably separate places.

That's why it was so perplexing when a legal expert waded into the case alleging fraud in Georgia election results that was filed by Trump supporter Lin Wood and noticed the towns listed as proving alleged evidence of voter fraud in Michigan ... were actually in Minnesota.

Business Insider explained that Wood used affidavits in his case against Georgia to bolster his position that he was damaged as a resident by the state's decision to certify the vote for Biden. One of those affidavits was from Texas "cybersecurity expert" Russell Ramsland, and it centered entirely on election results in Michigan.

Ramsland said he discovered 19 precincts in Michigan where the number of votes cast exceeded the number of registered voters in the county. But the population totals were for towns in Minnesota.

Breaking it down, Forbes reported the affidavit claims Benville Township, Mich., had a 350% turnout compared with the number of registered voters.

"But Benville Township is not in Michigan— it is in Minnesota, and only has an estimated population of 82 people, meaning that if even a handful of voters registered on Election Day itself, which is allowed in Minnesota, that could easily result in a much higher turnout than what was previously on the voter rolls," Forbes found.

So @realdonaldTrump's lawyers submitted to a federal court an affidavit purportedly showing irregularities in voting patterns in MICHIGAN.

It turns out that that the affidavit contained data about towns in MINNESOTA. https://t.co/0VBQ6lwLEY

The population in Minnesota communities and Michigan votes cast didn't match up because they're -- breaking news alert -- separate places. In short, experts found that Wood's case used data from Minnesota to try to support a claim there was fraud in the Michigan election, and that fraud could be extrapolated to Georgia.

It had some on Twitter asking, "Do Trump's lawyers know what they're doing?"

Wood's case was quickly dismissed, though he vowed to appeal. Notably, Wood is also the lawyer for the Jon Benet Ramsey family, and has ties to Detroit. He sued former Wayne County Medical Examiner Werner Spitz for his expert analysis in a CBS docu-series about who he believed really killed the child. Wood sought $750 million in damages; The case was eventually settled.

In the Trump case, US District Judge Steven Grimberg, dismissed Wood's lawsuit saying, "The fact that his candidate didn't win doesn't rise to the level of harm."