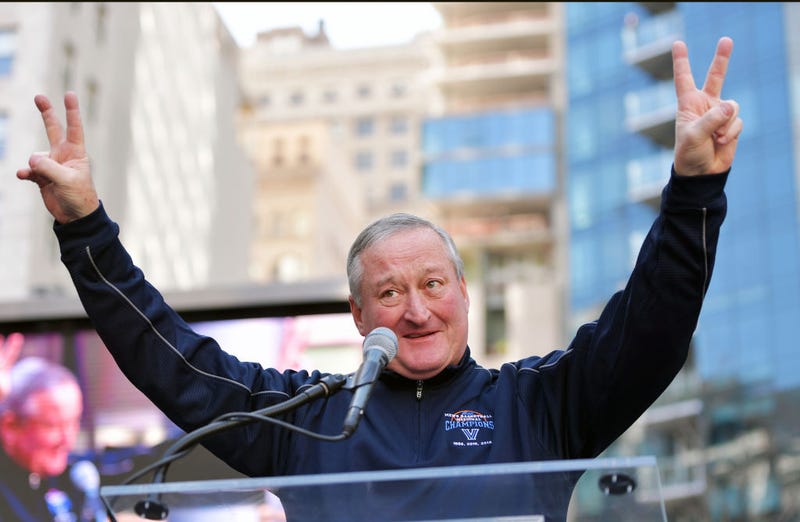 PHILADELPHIA, PA (KMOX) -- In a press conference out of Philadelphia Pennsylvania, the mayor of that city had strong words for the current president of the United States.

Even as the votes are still being counted in Pennsylvania, Jim Kenney said that Donald Trump "lost" the election.

Kenney said that Donald Trump needs to "put his big boy pants on, he needs to acknowledge the fact that he lost, and he needs to congratulate the winner".

Mayor of Philadelphia Jim Kenney says Donald Trump needs to "put his big boy pants on, he needs to acknowledge the fact that he lost, and he needs to congratulate the winner".

Overnight, the count in Pennsylvania tilted into the favor of Joe Biden.

President Trump has expressed his concerns and has claimed that there has been widespread voter fraud through mail-in ballots. Athough the Trump Campaign claims to have evidence of fraud, there is nothing available publicly so far that has backed up those claims.

This morning, President Trump has been tweeting about how he feels this election has been conducted and that certain states, including Pennsylvania, have been nefarious in reporting ballots.

“This is what we know. We have to go back to the state level and how this morass came to be in the first instance. The Governor, Wolf, and the State Supreme Court, flagrantly violated the Constitution of the U.S. The power to set these rules and regulations is vested in the

As it currently stands, Joe Biden only needs one more of the remaining states to get to 270 electoral votes or above.