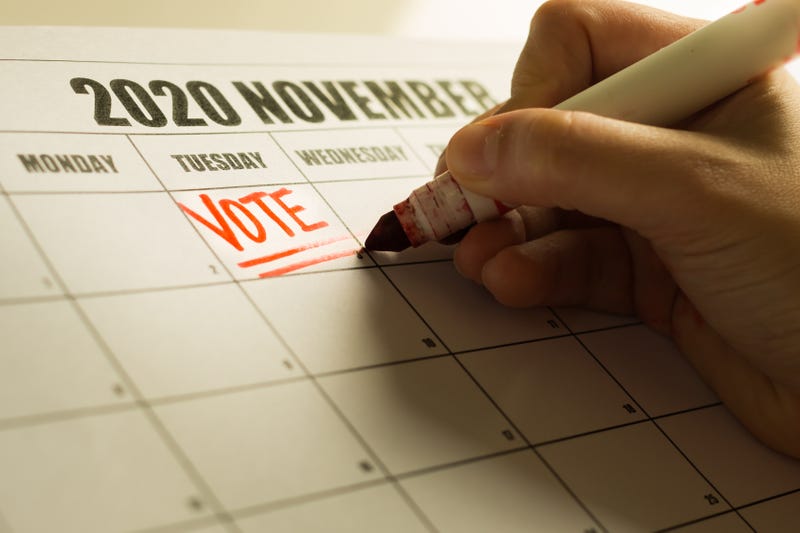 With only 18 days until Election night, and with record numbers of people voting early, races across Minnesota are heating up as you’ve noticed with radio and TV ads, flyers in your mailbox, and candidates stumping for votes across the state.

News Talk 830 WCCO is committed to providing access to candidates so that you can make informed choices when you fill out your ballot. In the next week, we’ll showcase several races via debates and battleground forums hosted by political analyst Blois Olson.

Thanks to sponsorship from AARP Minnesota, Minnesota Corn Growers and Minnesota Credit Unions for making these forums possible.

WCCO will also present a ten-part series, "Behind the Ballot" which starts Monday, October 19th during regular newscasts. The series will run through October 30th and spotlight key races and issues leading into the Election.

First up in our list of forums over the next week is Congressional District One with Republican incumbent Jim Hagedorn and challenger, Democrat Dan Feehan.

The two of them met in 2018 as well, and it ended up being one of the tightest races in the country, separated by just over 1,300 votes.
The rematch is setting up to again be a close one.

WCCO’s forum with the two candidates also follows a cancellation of a debate set to be broadcast on WCCO and KAAL-TV in Rochester, which was cancelled due to Hagedorn’s contact with President Trump while he was in Minnesota. The campaigns were unable to come to an agreement on how to safely hold the debate while waiting for coronavirus testing results.

The forum between Hagedorn and Feehan will take place this Sunday, October 18th, between 12:00-1:00p.m. on News Talk 830 WCCO and also streaming live on the RADIO.com app.

The CD1 forum will be followed on Monday by a forum out of Congressional District 8.  That race, between Republican incumbent Pete Stauber and the DFL’s challenger Quinn Nystrom.

Northern Minnesota had long been a DFL held district, but that changed during the Tea Party wave in 2010 when longtime incumbent DFL Rep. Jim Oberstar was defeated. Two years later, Rep. Rick Nolan took the seat back for Democrats. But after Nolan retired in 2018, Stauber was able to win the seat back for Republicans.

In what should be another tight race, we’ll see if the flip-flopping continues in CD8.  You can listen to Stauber and Nystrom from 8:00-9:00p.m. Monday, October 19th on WCCO.

On Tuesday, WCCO will have both a live debate, and another candidate forum.

First up is Congressional District 3 out of the western part of the Twin Cities’ metro.  That’s where Dean Phillips won in 2018 and will look to hold the seat for Democrats against Republican challenger Kendall Qualls.

Phillips knocked off Erik Paulsen in ’18 after a long run of Republican representatives in this district.  The GOP held this seat from 1961-2018 including Jim Ramstad serving from 1991-2009.

While Phillips has taken a lot of moderate positions in his two years, it will be interesting to see if the blue wave of 2018 carries over to this mostly GOP-leaning part of the metro area.

Listen Tuesday during the Chad Hartman Show from 1:00-2:00p.m.
for a live debate between Phillips and Qualls, moderated by Hartman and Blois Olson.  It’ll be on 830 WCCO, the RADIO.com app and you’ll also be able to watch the debate on WCCO’s Facebook and Twitter pages.

It’s been a number of years since Minnesota has elected a Republican Senator.  The last was Norm Coleman, who served one term from 2003-2009.  Since then, Al Franken, Amy Klobuchar and Tina Smith (who was appointed to finish serving Franken’s term) have represented Minnesota from the DFL side.

Jason Lewis, the former talk radio host who served one term in Congress before losing to Angie Craig in 2018, is trying to take back the Senate seat for Minnesota conservatives.

In most polls, Smith is holding an advantage, but Lewis and his tireless statewide campaigning has kept him close enough to win.

We’ll bring you a forum between the two candidates Tuesday night on WCCO Radio and the RADIO.com app at 8:00.

CD2 has been solidly Republican, with Mark Kennedy, John Kline, and then Jason Lewis serving the district from 2001-2018 when the blue wave swept through Congress.  The Republicans are hoping turn it back to the right behind Kistner.

Finally, don’t forget there’s another Presidential Debate coming up Thursday night at 8:00p.m. as well.  Donald Trump and Joe Biden are still scheduled to appear at Belmont University in Nashville, Tennessee sponsored by the Commission on Presidential Debates.  The debate will be moderated by Kristen Welker, a White House correspondent for NBC News and co-anchor of "Weekend TODAY."

According to organizers, “all required testing, masking, social distancing and other protocols" will be followed.

The second debate was scrapped after the Trump campaign refused to agree to a virtual setting. Both candidates hosted town halls on network television this past Thursday instead.

Next week’s debate is scheduled to be in-person again. You can listen to that debate live on WCCO and RADIO.com with full coverage from CBS News.