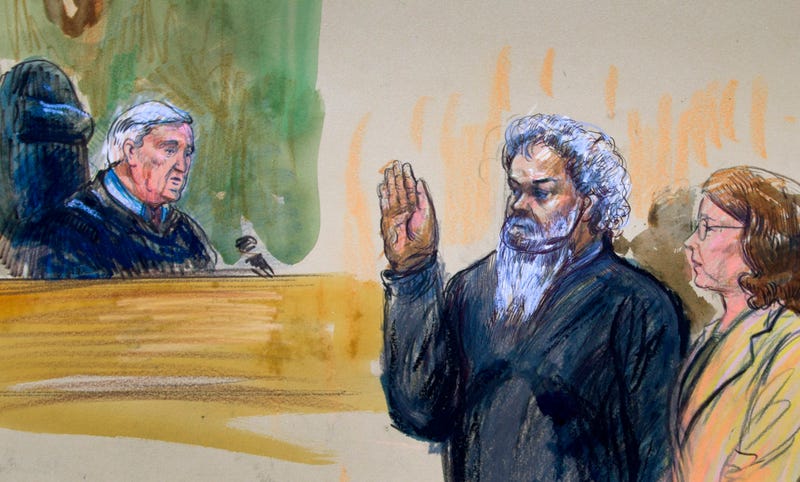 WASHINGTON (AP) — Lawyers for a Libyan militant convicted in the Benghazi attack that killed Ambassador Chris Stevens and three other Americans have asked for a new trial, citing what they say is “recently disclosed exculpatory evidence.”

Ahmed Abu Khattala is serving a 22-year prison sentence after being convicted of multiple terrorism-related charges in connection with the 2012 attack on a diplomatic compound in Benghazi.

The motion in Washington's federal court does not detail the newly disclosed evidence but says it concerns a key government witness who testified under the pseudonym Ali Majrisi at Khattala's 2017 trial. The motion also says there is additional information that emerged during the trial of an alleged co-conspirator that has not yet been provided to the defense.

Khattala was captured in 2014 and put on trial for an attack that became a divisive political flashpoint during the tenure of former Secretary of State Hillary Clinton.

A jury convicted Khattala of multiple terrorism-related charges but found him not guilty of murder. Prosecutors accused Khattala of heading an extremist militia and directing the attack but acknowledged that they lacked evidence of him firing any weapons.

The motion for a new trial comes just before the three-year anniversary of the guilty verdict, the deadline under federal rules of criminal procedure for such a request.

In the motion, defense lawyer Michelle Peterson says that “newly disclosed evidence relates to classified evidence that Counsel does not presently have access to due to the Covid pandemic.”

She asked the judge in the case to allow “counsel to engage with government counsel to ensure that all relevant information has been disclosed prior to fully briefing the motion.”