Here we go again. With everything else going on, talking about the weather is sweet relief. That said, the upcoming storm is capable of disrupting travel plans, especially on Friday. This should be a plowable storm, and the local office of the National Weather Service has issued a Winter Storm Watch for much of the area, but I'm not (yet) convinced we'll pick up 8" of snow from this system (I'm thinking closer 3-6") 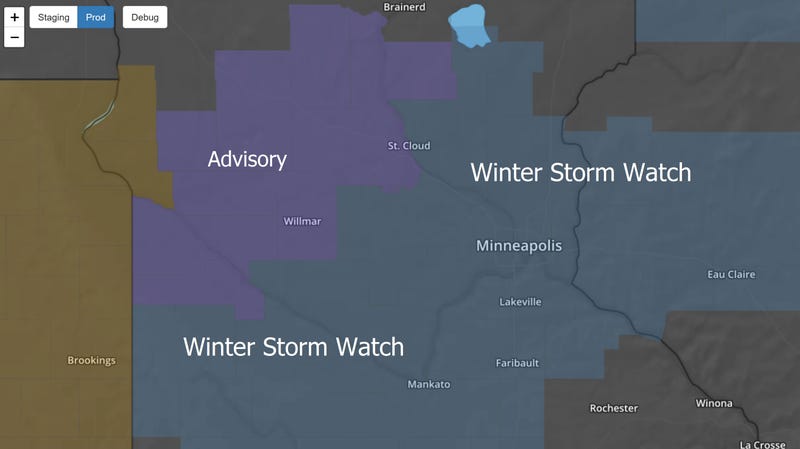 The greatest potential for significant accumulation runs from southern and east central Minnesota into parts of western Wisconsin. That said, our biggest storms have arctic air in place (we don't have that) and a long-duration fetch of moisture from the Gulf of Mexico (we don't have that either) so I'm still thinking plowable, but the fact that this is a warmer storm - and there are no indications it will stall for an extended period of time) suggests closer to 4-6". I wouldn't be shocked to see 8", just not ready to go there yet. 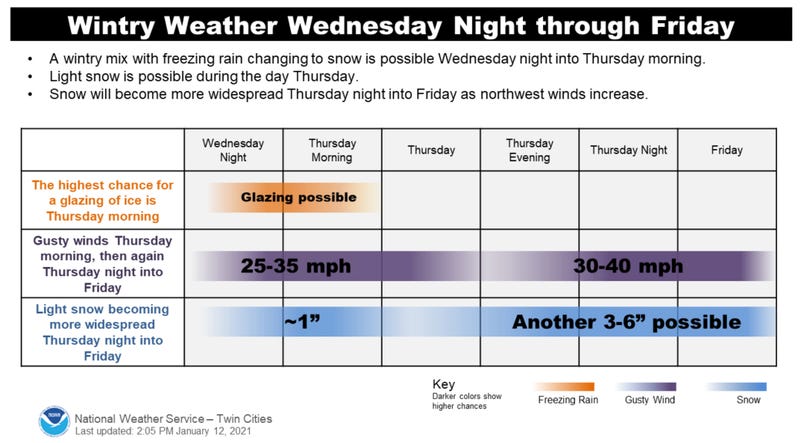 There will be some glaze ice potential tonight into part of tomorrow before a changeover to mostly snow PM hours on Thursday into Friday. Any rain or freezing rain will keep snowfall totals down a bit. 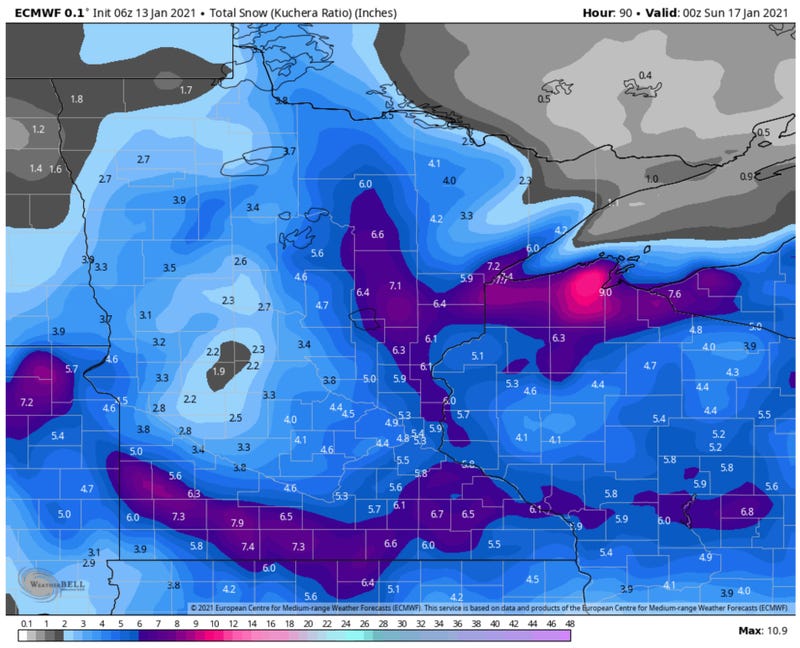 ECMWF is predicting closer to 4-5" of snow for the Twin Cities, with up to half a foot for parts of Minnesota. Let's see if the 12z run of the European continues the trend of predicting less snow (overall) than NOAA's models. 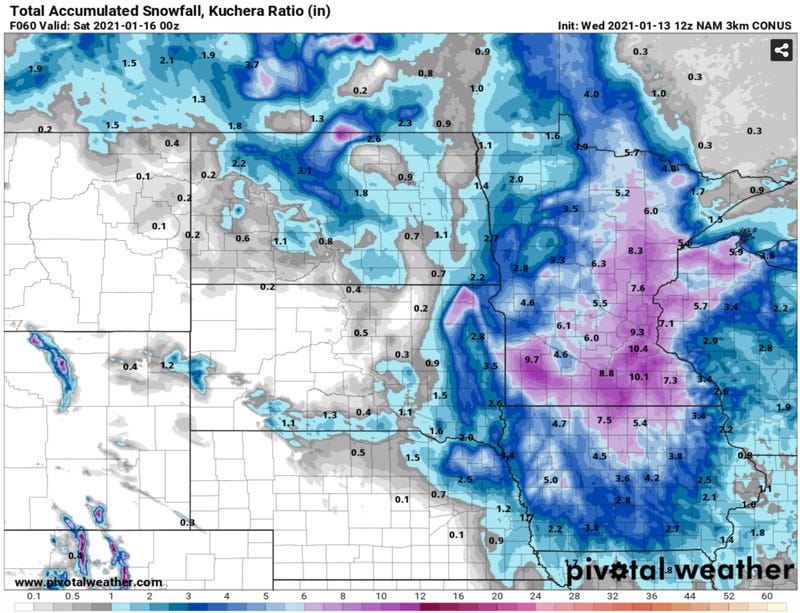 On the other hand, the latest high-resolution 12z NOAA NAM is printing out some eye-opening snowfall totals for much of Minnesota (9-10" for the MSP metro?) This could happen, but I'm just not there - not yet.

Travel will be fine today, but a glaze ice may leave some bridge decks slick tonight into Thursday morning before a changeover to all snow later Thursday into Friday. Friday will be a more challenging travel day with roads becoming snow covered and slippery. The storm moves out Friday night with drier, slightly colder weather returns for the weekend with rapidly-improving travel conditions.

So...plowable? Probably yes. Crippling? Nope. Enough snow to freshen up our snow cover and cover up some of the dog poop, and Friday will be a slow travel day. But we've seen worse. Much worse. If you love snow as much as I do "we've seen better, much better!"

Hang in there - more updates with the latest projections during my show with Jordana from 3-6 PM today.