The wave of anger and uncompromising demands for justice that are passionately igniting throughout the United States have led to many important cultural conversations about systemic racism, the Black Lives Matter movement, and police reform.

In the midst of the heightened racial tensions is a renewed interest in Juneteenth, the 155-year-old holiday that is celebrated on June 19 to commemorate the ending of slavery. The word is a blend of ‘June’ and ‘Nineteenth’ and marks an important date in history.

Juneteenth stems from June 19, 1865 when union soldiers notified enslaved African-Americans in Galveston, Texas that they were officially free and the Civil War was over. This direct notification came two years after president Abraham Lincoln issued the Emancipation Proclamation, finally becoming a reality. By the end of 1865, the 13th amendment was ratified to formally prohibit slavery throughout the United States.

The holiday recently started making headlines after president Donald Trump announced a scheduled campaign rally on the historic day in Tulsa, Oklahoma. Shortly after, Trump announced a plan to reschedule, stating in a tweet: "Many of my African-American friends and supporters have reached out to suggest that we consider changing the date out of respect for this holiday…”

The rally, which is now scheduled in Tulsa on June 20, also sparked a conversation about the city’s troubled racial history. During the 1921 Tulsa Race Massacre, hundreds of people were killed in the predominantly African-American section of Tulsa known as “Black Wall Street.” It was reported that a white mob burned down the prosperous black neighborhood, a horrific incident that’s considered one of the worst massacres in American history. Thousands of people were also left homeless that day.

From Tulsa, Oklahoma to Montgomery, Alabama, Juneteenth represents freedom and symbolizes the hazards and hopes of Black America throughout the years. It is not a national federal holiday, but the possibility looks promising with a petition that has gained national attention. 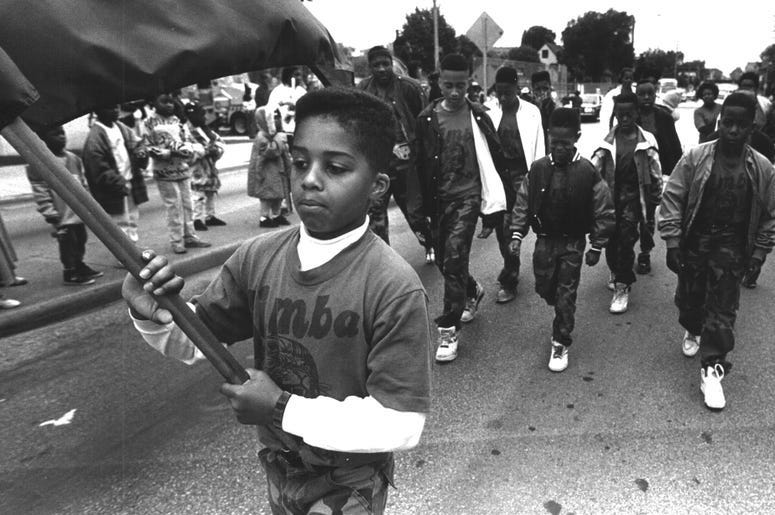 Juneteenth is now widely acknowledged by a long list of corporate companies that are honoring the sacred day as a paid holiday for employees. The companies include Twitter, Square, Netflix, Google, Target and many others. Nike also announced plans to make Juneteenth an annual paid holiday.

Twitter and Square CEO Jack Dorsey said in a statement, “countries and regions around the world have their own days to celebrate emancipation, and we will do the work to make those dates company holidays everywhere we are present.”

A long list of corporate companies also released statements of solidarity that publicly acknowledge the Black Lives Matter movement, in response to the tragic deaths of George Floyd, Ahmaud Arbery, and Breonna Taylor.

This year, Juneteenth falls on a time when the world is paying close attention to race relations, systemic racism and demands for justice. The holiday, which marks a historical turning point, typically has about 200 official events throughout the United States.