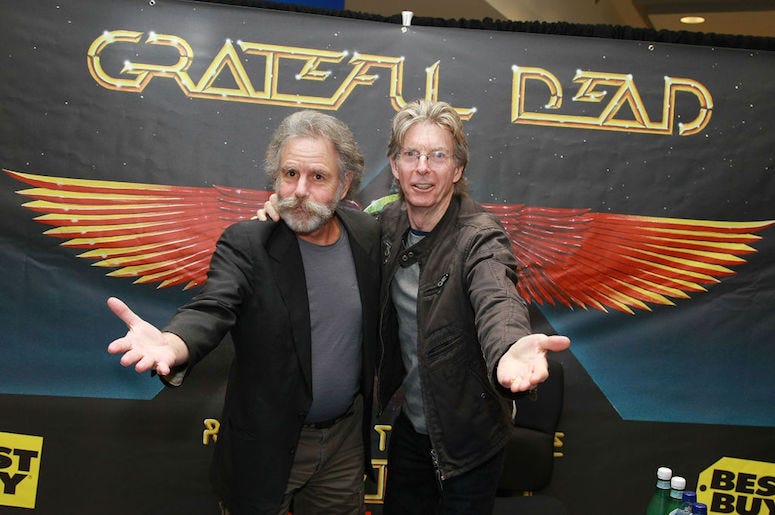 Get ready to shakedown with some of the grooviest shoes you’ll ever see.

The Grateful Dead have a long history of releasing all kinds of products that instantly become fan favorites. However, their latest release is one fans have been clamoring to get their hands on ever since the initial run quickly sold out this past summer.

The Chinatown Market x Crocs collaborative show, the Grateful Dead classic clog, was a hit with fans and resulted in incredibly high demand for the shoe. Earlier Tuesday, Crocs restocked the shoe on their website, but it sold out almost immediately.

The clog features a psychedelic tie-dye pattern along with the Dead’s famous dancing bears as add-on Jibbitz. The shoes were priced at $60 and sold out quickly, but you can continue checking the Crocs website to see if they’ve restocked their supply.

This isn’t the first time the band has released a highly-popular shoe. Back in the summer, the Grateful Dead teamed up with Nike to create a sneaker inspired by the band’s iconic dancing bear logo.

Coming in three different colors: green, orange, and yellow, the low cut design features the dancing bear logo on the tongue with the band’s “Steal Your Face” skull logo printed on the underside.

Additionally, the Nike Swoosh logo has an edged outline that mimics the bear’s collar while faux-fur and suede can be found on other areas of the shoe.

This will be the last chance to buy an orange pair, first shot at green and yellow pairs. https://t.co/P4q1RnlRKf