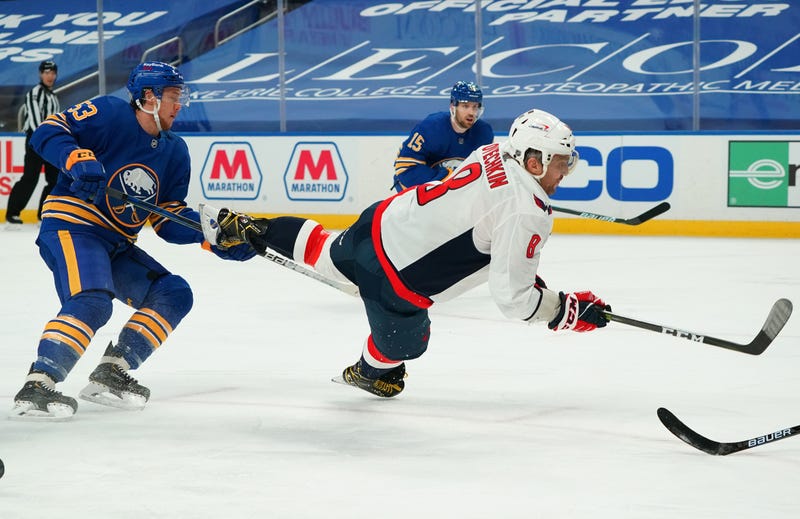 The Buffalo Sabres are scheduled to play in Washington on Friday and Sunday, but their opponent could be without several key pieces, as there is now a COVID situation with the Capitals.

The NHL's announcement on the matter is as follows:

"The National Hockey League announced today that it has fined the Washington Capitals $100,000 for player violations of the league's COVID-19 protocols which involved social interactions among team members who were in close contact and who were not wearing face coverings."

The Capitals responded Wednesday night, including a statement from Alex Ovechkin:

In terms of on ice impact, the Sabres may have the benefit of playing a weakened Capitals squad on Friday, without two of their best offensive players, one of their best defensemen, and their presumed number one goaltender.