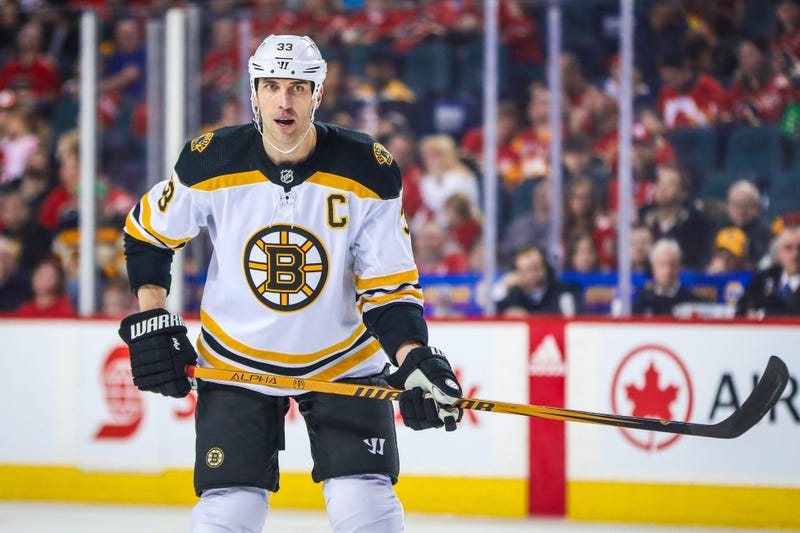 Bruins captain Zdeno Chara does not know when the end of his NHL career will come.

He knows that everybody is different. Some had told Chara that the end comes when you turn 40. That turned out to be false, as Chara celebrated his 41st birthday last week and did not turn to dust the following day. Others said 42 years old is pushing it, and that skating in the NHL at 45 is simply unheard of, especially in today’s NHL.

“I have to perform. That’s the bottom line. No matter how long you want to continue to play, you have to perform,” Chara said of his tenure. “You have to back up your status, so I know I need to go out there every night and do my job, perform and play hard and work hard and be a great example for my teammates. Rest of it, it will fall into place.”

But, with a diet that’s undoubtedly revitalized his body (not that his shape was ever a concern for anybody that’s seen him in a gym or simply out of uniform) and its recovery process and an off-ice approach that’s worked wonders for a tight-knit B’s room, the 6-foot-9 rock of the Boston blue line has shown no signs that the end is coming for him.

It’s enough to make Wednesday’s one-year extension agreed upon by Chara and B’s general manager Don Sweeney, one that will pay Chara a base salary of $5 million and feature $1.75 million in performance-based incentives next year, a no-brainer.

For the Bruins more than Chara, too.

This extension is something that the Bruins and Chara have been working on since before the start of the regular season. On a total bargain of a $4 million contract this season, Chara came into these discussions seeking a multi-year deal (believed to be two years). Given every player’s desire for security, and the aforementioned sweet deal that the Bruins had Chara on for this season, that was to be expected. But taking their time (with neither side establishing deadlines or mandates to work out a new deal before free agency), understanding that they had games to assess where Chara’s game was at and going, and still getting him to come down and take a one-year deal?

That's quite simply a stroke of Sween-ius.

(That’s also why you’re seeing this contract come with nearly $2 million in potential performance bonuses on top of that $5 million salary, too, as an overachieving Chara 2018-19 season would pay him far closer to what a two-year deal in town would have.)

As this year has confirmed, the Bruins’ future is coming faster and providing a greater impact than they originally imagined. And at a certain time it will become time to pay that future appropriately as the next core to carry you towards your championship window. Maintaining any semblance of financial flexibility to appropriately maximize that window, as prior cap management failures told you, is of the utmost importance.

This is not to say that Chara is definitively not part of that window, even as he approaches his mid-40s, but a 2019 summer undoubtedly looms large over the Bruins.

It’s in summer 2019 that the Bruins will have to pay Ryan Donato, Danton Heinen, Brandon Carlo, and Charlie McAvoy. Jakob Forsbacka Karlsson, should he make the jump to the NHL and prove capable, can also be included in that group. And the Bruins already have seven players making at least $5 million on their books for that season, so avoiding adding another one (and at age 43 in the case of Chara), was a must.

“Looking at this from a bunch of different angles, for us, we have some forecasting to do in the next couple years,” Sweeney admitted. “And we think the young group is emerging for our hockey club, and we want to be able to explore some of the possibilities of signing some players. That was relevant in all of our conversations.”

If Chara is capable and willing to hang around with the kids on their new deals, the B’s and No. 33 will have the ability to work with what remains on the cap. This is opposed to having to make one-sided trades to fit everybody in (see: Phil Kessel’s odd-man-out trade to the Maple Leafs in 2009 as well as Johnny Boychuk’s 2014 trade to the Islanders as two examples of those struggles) thanks to a glut of contracts with term.

But getting Chara to mentally commit to a series of one-year deals versus having him leave for what surely would have been a multi-year deal elsewhere -- similar to what the Red Wings did with Nicklas Lidstrom at the end of his career -- is just plain gigantic.

For one, it means that Chara believes in what the Bruins are working towards. It’s essentially the confirmation that he believes that the Bruins can and will win another Cup during the final years of his NHL career. Not to oversimplify things, but he doesn’t sign if it doesn’t think that it's a goal that can be reached in Boston. And playing a direct hand in the on-ice development and progression of players such as Carlo and McAvoy, keeping Chara around as an unofficial player-coach is simply worth more than the $5 million contract he’s on.

These are not the only players that Chara has had a hand in helping grow as pros on and off the ice, nor will they be the last.

"It really is a ripple effect through our whole hockey club," Sweeney said of Chara's impact throughout the organization. "Every player realizes the bar is set so high with a player that has accomplished as much as he has, yet he shows up every day – during the All-Star break, out doing some extra work on his own. At times, when we’re trying to get him off the ice, he wants to be on it more. So, I think the example for excellence starts with Zdeno in our core group, and it really permeates throughout our entire lineup."

He is the example the rest of the organization still tries to follow, and he does this without being unwelcoming. If you sit down and talk to Chara, it’s clear that he was not a fan of the way that he was welcomed into the NHL as a first-year pro with the Islanders back in the 90s. He'll never get into the specifics of the negative feelings that came with his jump into the NHL, but it obviously just wasn't the right kind of atmosphere, and a cycle he told himself he would never allow himself to continue when given a leadership role with the Bruins as a free agent back in 2006.

It’s just one of the reasons why the term ‘rookie’ is not used in the Black and Gold’s locker room, and why so many young players have been able to seamlessly transition into NHL roles.

“It was very important that I continued to play and stayed in Boston,” Chara said on Wednesday. “I believe in this team. It’s very exciting to be a part of this team. I think this team has a chance, and that’s all you can ask for. The rest of it is up to us to do on the ice. So, yeah, that was my priority-- to stay in Boston, to be a Boston Bruin.”

For as long as he can. A no-brainer, if there ever was one.