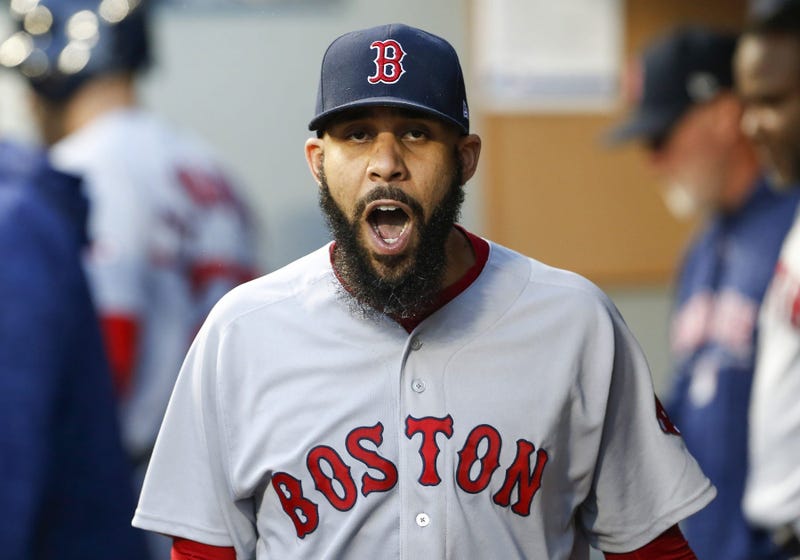 HOUSTON -- It seemed the shelf life on these David Price redemption stories had expired. He was sick of talking about them. We were sick of writing them.

The last time we went down this road was prior to Game 2 of the American League Championship Series when Price held a press conference that could have been summed up in on utterance of "I don't know what else I can say." Then after the game came references to baby steps and an overall tone suggesting nothing had changed either way when it came to good and bad of postseason Price.

So here we are again.

Price is starting Game 5 against the Astros, starting on three days rest for just the second time in his career. Chris Sale can't pitch. (He did appear to be walking somewhat methodically when leaving the ballpark early Thursday morning.) So Price is the guy. This is his big shot, this time with the payoff a potential embarrassment of riches -- Maybe his first postseason win as a starter and the chance to lead his team into the postseason's final round.

"To have that opportunity to punch our ticket to the world series is very cool," he said.

So, why should this be any different?

Perhaps it is as simple as the fact expectations are basically out the window these days.

We didn't expect that Price would be warming up in the bullpen in the eighth inning during Game 4, or that the plan was to bring him in to face George Springer if Alex Bregman extended the game with the bases loaded and two outs in the ninth. And once we did watch the lefty take two innings of warm-up tosses out in that left field garage, few still were banking on Alex Cora naming Price the starter for a game that would be kicking off about 19 hours later.

All of it seems less formal, less scrutinized. That was the vibe Price gave off when answering questions while holding his son, Xavier for about seven minutes. There were smiles. There were jokes. It was weirdly the kind of press conference he might have if that elusive first postseason win does come his way.

Some might classify it as a feeling of having nothing to lose. Others might just suggest there is simply nothing more to say.

He talked about the vantage point from the bullpen on the final out: "It's tough. Our bullpen TV is almost a full inning behind the actual game so if you want to check a pitch just come back 10 minutes later and we get to see it. But it's a unique bullpen. But at least it's a cool experience. Being in the bullpen for me is obviously different but it's still baseball."

He talked about throwing how many pitches he threw in preparation of potentially replacing Craig Kimbrel in the eighth or ninth innings: "I think it will just make me a little more sharp for tomorrow. It might be a new thing for me to do the day before I pitch."

He talked about his son's bedtime: "Three hours ago. He was passed out at 11:30. I can't believe he's rocking right now, dude. You're cool."

And he talked about these Red Sox: "I feel like I've been on a lot of good teams but this team, I still don't know what we don't do well. I mean, everybody has their struggles as a group, but we do everything well and not every team can say that."

Normally, Price living life as the starting pitcher holding the key to a trip to the World Series would huge. It would be gigantic. But it doesn't really feel that way.

At the end of his meeting with the media the pitcher asked his young son to say a few words. Young Xavier had none forthcoming. We're with you kid. For now there's nothing more to say.

David Price is HERE FOR IT. pic.twitter.com/Ca3QVgMtqp