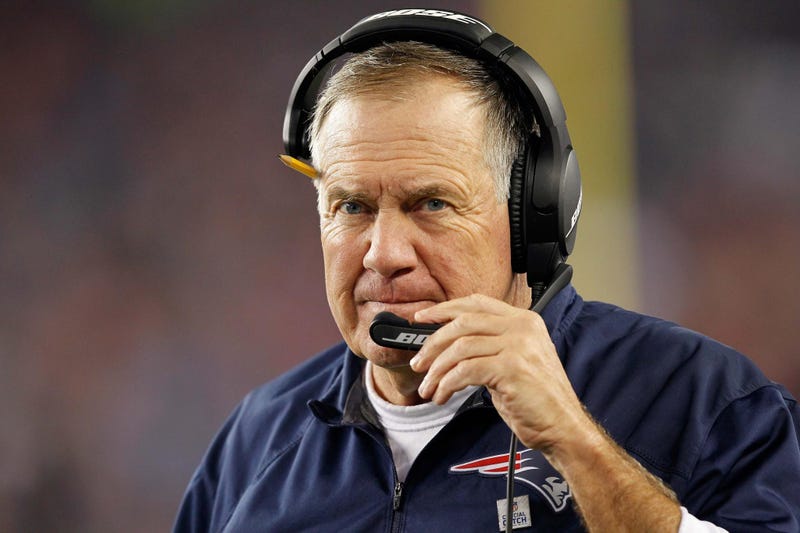 FOXBORO — Going into the draft, many had the Patriots’ biggest needs being at linebacker, edge rusher and quarterback.

So, what did the Patriots do in the first round?

They selected a versatile offensive lineman, Isaiah Wynn, who doesn’t really have a defined position, and then one of the most dynamic running backs in the entire draft, Sony Michel, even though they already have five under contract and haven’t selected one in the first round since 2006.

It’s easy to question the selections given the current state of the roster, but just go back to what Bill Belichick said at his pre-draft press conference a few weeks ago when it comes to “drafting for need.”

“The whole draft need thing is – I don’t really understand that,” Belichick said. “You put a card up on the board. That doesn’t mean the guy is a good player. I think it’s important to acquire good players wherever they are. If you take a player at a position that you might so called "need" but he’s not good enough to fill that need, then it’s a wasted pick. So, I don’t understand the whole need thing. I understand player value, and that’s what we try to go by.”

Director of player personnel Nick Caserio indicated the same sort of thing when he spoke following the first round Thursday night.

“It's all the player,” he said. “I think to Bill's point, drafting for need, look, you draft good football players. Our responsibilities in the draft is like we need good players. However we get them, wherever they come from, whatever positions that they play, that’s our goal and that’s our mentality and our process. If that’s on offense, it’s on offense. If it’s on defense, it’s on defense. However they get here, they get here. It’s never, 'OK, well we have to pick this guy.' Look, you look at the player, you look at the rest of the players that you have graded and you evaluated and you try to pick the players that you think make the most sense, so drafting for need – our need is to draft good players. In the end, that’s what it comes down to. That’s the most important thing.”

While most of the general public believe teams draft based on their current roster, after seeing what the Patriots did Thursday, that is clearly not how they do it. They really do just select the best player available in their minds when they are on the clock.

It’s obvious linebacker is a position that needs addressing and having four selections in the first two rounds plus a third-rounder, they absolutely could have traded up a spot or two to ensure they got Rashaan Evans out of Alabama, one of the top linebackers in the draft and a player many connected to the Patriots. Ultimately, Tennessee traded up to snag him at No. 22 overall, one pick before New England.

The same thing could be said for quarterback, as New England passed on Lamar Jackson twice after reportedly being the team who showed the most interest in him during the pre-draft process.

If the Patriots really did draft based on need, running back might have been the position least needing addressing.

New England already has five backs under contract — Rex Burkhead, James White, Mike Gillislee, Jeremy Hill and Brandon Bolden — so adding Michel likely takes away one of those players from making the team. Gillislee, Hill and Bolden are now likely competing for one spot with the chance one gets cut even before training camp.

Looking at the Wynn and Michel picks specifically, it’s OK to question them, but by questioning them it’s also questioning the way the organization views the draft as a whole. It is the same way they have been doing things since the early 2000s — collecting the best players and figuring out what to do with them later on.

This isn’t defending the Patriots’ two first-round picks by any means, it’s simply saying Belichick and Co. view the draft differently than everyone else, so therefore second-guessing selections is always going to be part of the process.