Occasionally you see different types of challenges on Facebook, some catch your eye, but for me most don’t.

One of my oldest and best friends of four plus decades from childhood, sent me one the other day that I’m now fully immersed and emotionally invested in. I’ve been dwelling on it quite a bit since my nomination earlier in the week, which is rare and pretty cool.

Here’s the deal. You post a picture of the athletes that you have enjoyed watching the most over your lifetime, one per day for 10 straight days. No rationale, no commentary, just the picture. The reactions of those who follow you and are tagged to participate do the rest.

Here’s the problem, I want to comment on them. So here we go.

He was literally the first person I thought of. I’m trying to let my instant gut reactions make the choices for me here because when it comes to sports, that raw emotion often tells the real truth. The truth is, I enjoyed Kevin Garnett’s arrival and time with the Celtics more than any other athlete in my life. I was a full grown (kind of) adult when he arrived in the summer of 2007 but I may as well have been in elementary school in terms of my excitement level. In an odd twist of fate, I was actually with my friend Johnny (the one who nominated me for this challenge), at his house on the Cape when the deal closed. It was love at first sight.

There’s so much wrapped up in KG that makes his selection so easy. From the second he arrived the 20 plus years of irrelevance and anguish that preceded him for Celtics fans disappeared. They became a legitimate championship contender the second he arrived, but his arrival and time here meant so much more than that. The storied and glory-filled Celtics were mired in obscurity and irrelevance across the league. Here at home, their fall traveled so deeply it was hard to see a way out. Then POOF! In an instant, hope arrived and with it came an unmatched level of passion and excitement.

The best of times for sports fans is when a team is first showing signs of hope and on the rise. The Bills Mafia are experiencing that now for example. Well, that feeling came the moment KG hit town and that thread continued in every game he ever played in green. It was truly awesome to experience. That championship in 2008 will always be one of my favorites.

When I was a kid, other than my dad there was only one hero in my life and it wasn’t Batman. Fred Lynn had superhero status for me. I’m still not convinced he can’t fly. Candid elementary school photos of me from 1977-1980 would clearly show a picture of Fred Lynn pinned to my chest on my Red Sox shirt or jacket. He was literally stuck to me. He hit a homerun at my first game at Fenway in 1976. Then he had a two-homer game the next time I went and I was hooked. As a kid, I used to run down the hallways and throw myself against the school walls pretending I was Fred Lynn crashing into the wall making an improbable catch. The only bummer was that I was a righty, so I had to pretend Lynn was too, to perfect my imitation of him in every whiffle ball at-bat I would take over the next several years. In terms of being a ballplayer, Freddy was perfect. He should have never been allowed to leave town. My occasional bitterness and short wick towards the Red Sox started the day he left town.

Raise your hand if you were an undersized kid or teen when Doug Flutie’s magic hit the scene. Flutie changed everything for mites like me. I’m sure generations before me had their own vertically challenged heroes but Flutie gave every kid that played and followed sports the absolute confidence they could do it too. Not like him, but to some degree anyway…

Flutie was awesome to watch and the coolest thing was that can-do hope that came along with him. Flutie and his BC basketball soulmate Michael Adams (honorary mention) gave undersized kids like me who wanted it so bad, the confidence that we could. My dad was a BC alum and we spent a lot of time together at BC football, basketball and hockey games. Flutie put that BC sports program right at the top of the sports map for a period of time that was so enjoyable to experience.

As a Patriot he was a blast to watch in flashes, throwing underneath the raised arms of defenders more than twice his size. His late NFL career resurgence with Buffalo and San Diego added credibility to his profile, making him more than just a great underdog story in Boston. He became so much more than that on the national stage when finally given the opportunity, something he absolutely earned. He was a pleasure to watch at every level and always did Boston proud.

I nominated my friend Doug for this challenge after posting Moog on my timeline (sorry Doug) because I wanted that post to be all mine. I think my old friend Doug and I watched a few hundred Bruins games together and the most enjoyable were the ones when Moog was between the pipes. We made a helmet like his for our street hockey games and whomever would be in net would get to wear it. We loved Moog so much that we turned on Reggie Lemelin, whom did nothing to earn that shame other than the fact that he wasn’t Moog.

Moog was flashy. He was cool and most importantly he was like iron in the crease. The Bruins were always one player short during those awesome Bourque, Neely and Moog days which is a real shame. Those teams should have won a cup. Thanks Harry.

As is the case with my occasional bitterness towards the Red Sox for ever losing Freddy Lynn, that bitterness was on steroids when the Bruins traded Moog for the inferior, sieve John Casey. When that trade went down my friend Doug called to give me the news and I subsequently pulled my parents phone out of the wall. Passion runs deep. Unlike my recovery from the Red Sox atrocities in letting Freddy Lynn get away, I haven’t completely gotten over the Moog trade to be honest. My passion for the Bruins took on a permanent scar that dark day.

My first foray into non-Boston sports athletes. Again, this challenge isn’t really about love or passion, it’s about enjoyment and man did I enjoy watching the ever-graceful Swann play football. He made it an art form. If you played Pop Warner football, or even down at the park with a group of friends, you wanted the ball. You wanted to catch the ball and while catching it, you dreamed of doing it like Swann. He was simply awesome. Graceful and unique in that he could seemingly do things only he could do. Reminds me of his college roommate, the aforementioned Fred Lynn, who shared a similar trait.

Finding the right photo of Swann on my timeline was fun and took a little longer than most, because choosing the perfect shot from his array of acrobatic pictures was a challenge in itself.

Coming soon, the next five 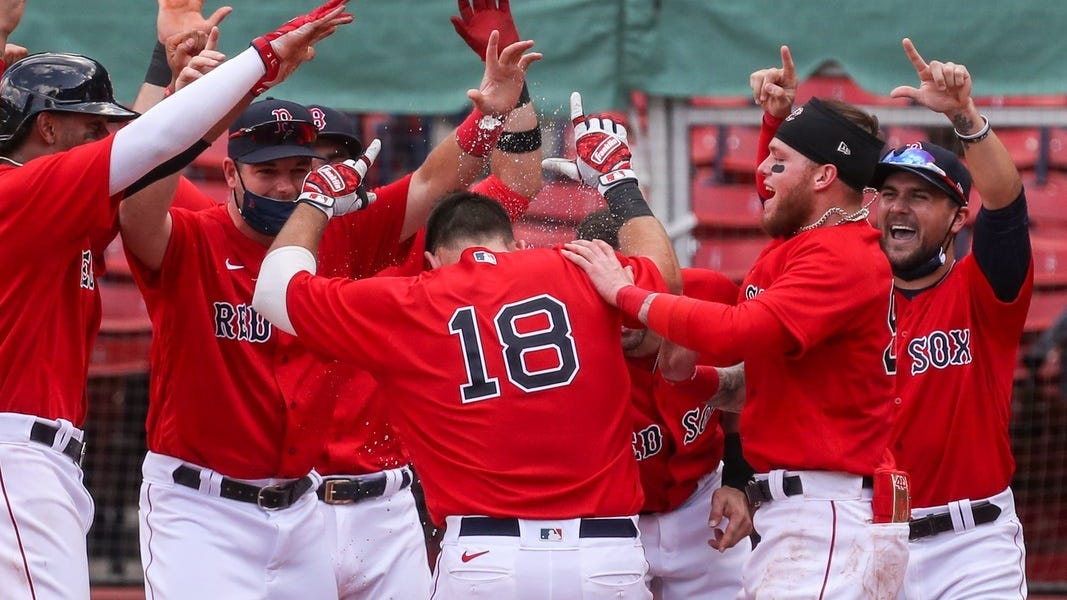