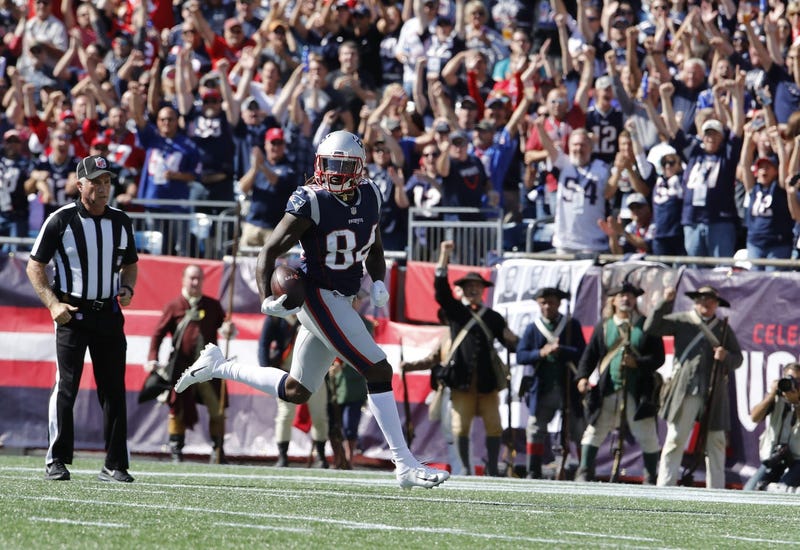 FOXBORO — The first three weeks of the season gave some hope for the rest of the NFL.

Maybe the Patriots really aren’t the same as they’ve been seemingly since Tom Brady took over as the starting quarterback in 2001. Maybe the tension in the offseason is showing up in actual games. Maybe the AFC East won’t be over by October for once. Maybe this team is actually different than other Patriots teams in the past.

The Patriots blew out the Dolphins, 38-7, Sunday at Gillette Stadium and sent a message to the rest of the league in the process. Despite a rare terrible two-game stretch, they are not going anywhere.

“It's a reminder to other teams on the schedule that we're not an easy team to play. A reminder that, ‘Oh, we got the Patriots next,’” an unnamed player told NFL Media’s Mike Giardi.

While it wasn’t a perfect performance by any means, all of the issues the Patriots had in the last two weeks were pretty much addressed and the team appears back to where it needs to be.

Speaking to multiple players in the locker room after the game, there were several areas the team stressed all week: starting faster, playing more physical, as well as showing more emotion and aggression.

The Patriots accomplished all three.

After trailing by double digits in the first quarter each of the last two games, the Patriots made sure it didn’t happen again Sunday. Miami got the ball first and was forced to punt after four plays and one first down. Then, although the Patriots offense didn’t score a touchdown and settled for a field goal, they set the tone for the rest of the game with a 13-play, 64-yard drive.

“It feels good, I’ll tell you that,” safety Duron Harmon said. “It definitely feels better than the last two weeks.”

From a physicality standpoint, the Patriots were overpowered the last few games on both sides of the ball. Defensively, they were getting blown off the ball leading to big gains on the ground from the opposition and on offense they couldn’t set the tone and running plays were getting blown up right from the start.

That changed in a big way Sunday, as the Patriots offense finished with 175 yards on the ground to the Dolphins’ 56 yards. The physicality surprised Dolphins coach Adam Gase.

“I didn’t see this coming,” he said. “I didn’t think that we would get out-physicaled. That surprised me.”

Over the last few games, the Patriots have appeared very flat and disinterested at times. Of course, the lack of emotion is going to happen when trailing by double digits from the outset, but Bill Belichick stressed showing more emotion all week and it showed.

New England’s defense was flying to the ball all day and seemed to play at lot faster because it it.

“There was a little bit more energy thanks to our fans,” defensive end Deatrich Wise said when asked what the differences were Sunday compared to the last two games. “They brought a lot of energy, as well as our play-makers — Adam Butler and Kyle Van Noy — who had two big plays in the game and kept the energy alive.”

Another major difference was play on third down.

Going into the game, the Patriots defense was allowing its opponents to go 19-for-39 (49 percent) on third down, but it held the Dolphins to just 3-for-11 (27 percent). Offensively, the Patriots were only converting third downs 29 percent of the time, but they converted 10-of-15 (67 percent) Sunday.

It’s also a message to the rest of the league because it knows the team is going to get better.

Brady’s No. 1 target in Julian Edelman is set to return from his four-game suspension Monday and new receiver Josh Gordon (two catches, 31 yards) will only continue to get better as he gets acclimated to the Patriots culture and system. And the Patriots just always get better as the season goes on.

The previous two weeks gave the rest of the league some hope, but Sunday was a reminder the Patriots are not going anywhere.