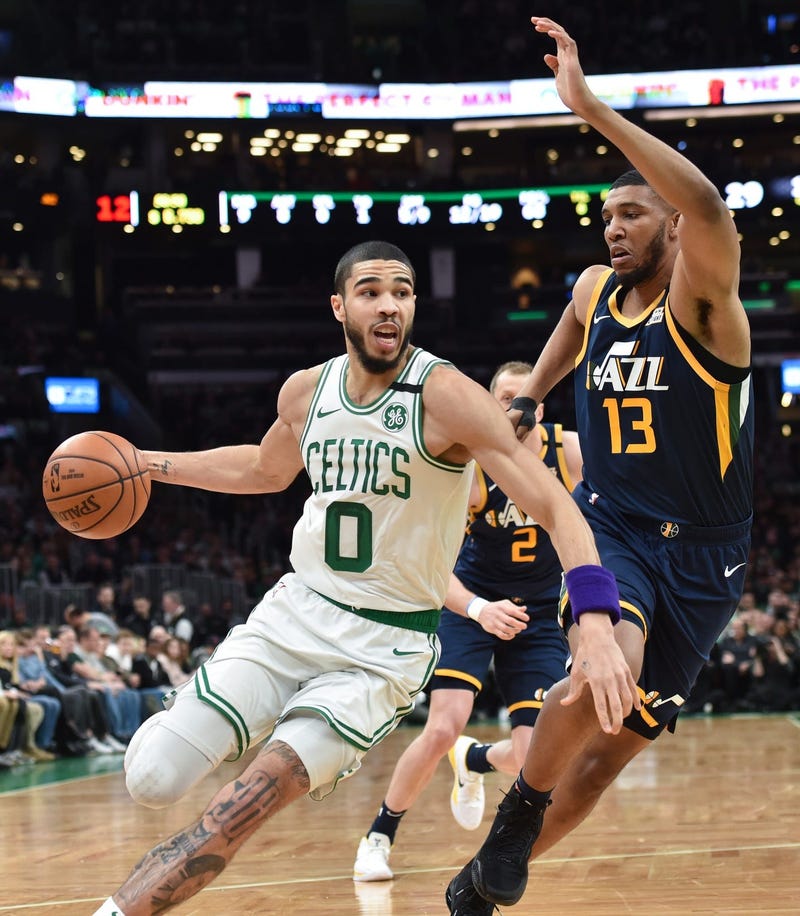 The Jayson Tatum Show returned for another episode at the Garden Thursday. And once again, Markelle Fultz had a front-row seat.

Tatum led the Celtics with 21 points and took over the game with his athleticism and hustle in their improbable Game 2 win over the Sixers. Whether it was blowing past Joel Embiid en route to the basket or draining an open three-pointer, Tatum was the best player on the court during the Celtics’ 45-7 run, which spanned nearly two quarters. His night was punctuated with two explosive dunks.

Danny Ainge’s decision to trade out of the No. 1 overall pick in last year’s NBA Draft was maybe the gutsiest of his career. Fultz, despite playing on a nine-win team in college, was the most heralded prospect in the class. Yet, Ainge traded down to No. 3, granting Philadelphia the opportunity to draft him. Ainge bet on the lanky 19-year-old Tatum, and it instantaneously paid dividends. Through the first month of the season, Tatum averaged 14 points per contest in 30 minutes.

Fultz, meanwhile, lost his jump shot. He only appeared in 14 games this year, spending the rest of his time rehabbing his broken jumper.

The idea that Tatum was a much better pick than Fultz is now seemingly considered conventional wisdom throughout the NBA. Earlier this week, even Sixers legend Julius Erving expressed his admiration for the Celtics’ rookie.

"Tatum probably should have been the first pick in the draft. He was there. I guess it was all about the fit,” Irving said on ESPN’s “Get Up.”

But Tatum’s current superiority over Fultz has never been more evident than now. While Tatum carries the depleted Celtics to a 2-0 series lead over the hottest team in the NBA, Fultz is forced to watch on the bench in the street clothes. The scene would only be more fitting if Ben Simmons and his minus-44 had a spot next to him.

One of Ainge’s most laudable traits is his proclivity to dismiss public reaction. He’s similar to Bill Belichick in that way. Ainge isn’t afraid to be bold, even if it means handing a conference rival the No. 1 overall pick.

Tatum, who was a steady contributor throughout the season, has ascended to superstardom in the playoffs. He’s averaging 17.4 points with 4.7 rebounds per night through nine games, dropping 28 in Game 1 against Philly. With Jaylen Brown battling a hamstring strain, Tatum is now the unequivocal first option on the wing. He’s put Simmons to shame through the series’ first two games.

Some of the Celtics’ newfound stars may fade once the series gets to Philadelphia. The raucous Garden crowd may have helped guide Marcus Morris’ ridiculous fade aways into the hoop, or Greg Monroe’s hooks through the basket. The Celtics aren’t as good as they’ve played.

But maybe Tatum is. He needs just two more wins, and Fultz promises to have a great view of the action.