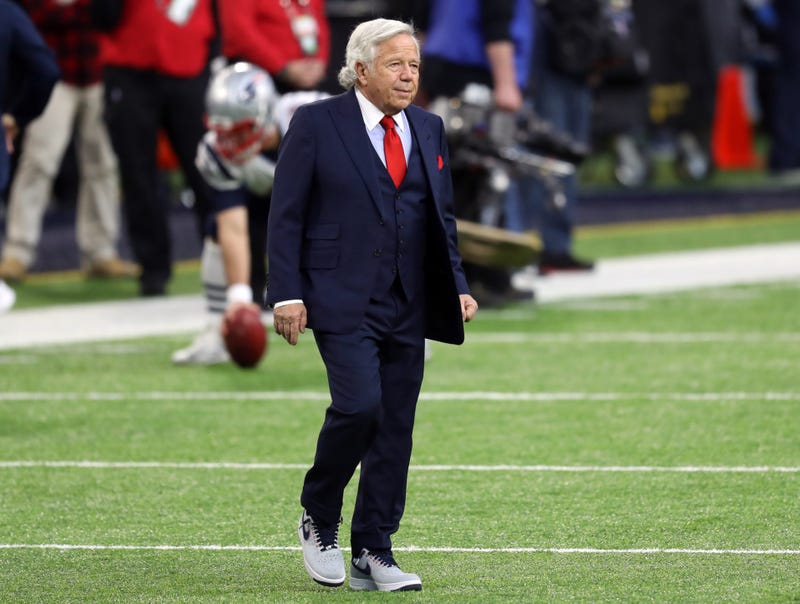 It doesn’t seem likely Robert Kraft will take the plea deal from Florida prosecutors that would make his misdemeanor charges for soliciting prostitution disappear in exchange for admitting he would’ve been found guilty in a court of law. The New York Post cites sources close to Kraft who say there’s “absolutely no way” the Patriots’ owner agrees to the bargain roughly one month after he had declared his innocence through a spokesperson when the charges were first announced.

With Kraft’s arraignment not scheduled until March 27, there’s still plenty of time for his team of high-powered defense attorneys to strike a different plea agreement with the prosecution. If Kraft rejects the aforementioned deal, his lawyers better be confident they can come up with something better. Because there are no PR benefits for Kraft to take the case to trial, even if he’s found not guilty on a technicality.

Sports Illustrated’s Michael McCann runs down the possible defenses for Kraft against his solicitation charges, and they range from dubious to downright laughable. Authorities say they have video of Kraft twice entering the Orchids of Asia Day Spa in Jupiter and receiving sexual services each time. Kraft’s second visit, which happened on the morning on the AFC championship and roughly 16 hours after his first stop to the establishment, lasted all of 14 minutes, police say. They also say they captured Kraft giving the woman who serviced him a $100 bill.

That appears to be incontrovertible evidence, and seems to contradict any defense about how Kraft did not actually solicit sex acts. McCann also says Kraft could argue the alleged videos don’t show him engaging in sexual relations, which would be ridiculous, considering the second police report says the woman “began manipulating Kraft’s penis and testicles and put her head down by his penis.”

As ESPN’s T.J. Quinn noted on “Mut & Callahan” Wednesday, Kraft’s side doesn’t seem to be disputing the facts of the allegations, but rather their illegality. That brings us to the technicality portion of Kraft’s possible defense, which could feature his side arguing his Fourth Amendment rights were violated. According to McCann, his attorneys could argue the surveillance cameras were installed based upon law enforcement’s claims of human trafficking, which haven’t come to fruition yet. As a result, Kraft’s right to reasonable searches and seizures were violated, so all corresponding evidence must be thrown out.

You can already sense eyes rolling across the country.

It does seem like the human trafficking connection was exaggerated, since no human trafficking charges have been introduced. Plus, the two women who police say serviced Kraft were licensed massage therapists, and one of them was the owner of the spa. It does not appear as if they were trafficked or working against their will.

But it is still illegal to pay for sex, which is what authorities say they captured Kraft doing on videotape on consecutive days. Speaking of which, that is the biggest risk Kraft runs if he decides to take the case to a non-jury trial. The prosecution would almost certainly want to use the tapes as evidence, making them ripe for public consumption. A verdict of not guilty wouldn’t erase those indelible images from the public’s collective mind. That’s for sure.

On that point, the NFL’s personal conduct policy mentions nothing about guilt or innocence. The opening line says everyone who is part of the league must refrain from ‘conduct detrimental to the integrity of and public confidence in” the NFL.’”

The release of a Kraft sex tape would seemingly be far more damaging to the NFL’s image than a pretrial diversion program, even one that requires Kraft to say he would’ve lost in a court of law.

Since Kraft hired three powerful lawyers, including Jeffrey Epstein’s attorney, it wouldn’t be surprising if he rejects the prosecution’s first reported deal. Kraft’s lawyers could also file a motion to seal the video prior to any plea agreement, which would eliminate the prosecution’s main leverage. But even in that scenario, any trial would correspond with a potentially invasive discovery period. It’s unlikely Kraft wants to answer intimate questions about his sex life under oath.

It is in Kraft’s best interest to make this case disappear. The risk of prolonged embarrassment should trump any urge to defend the wall at all costs.