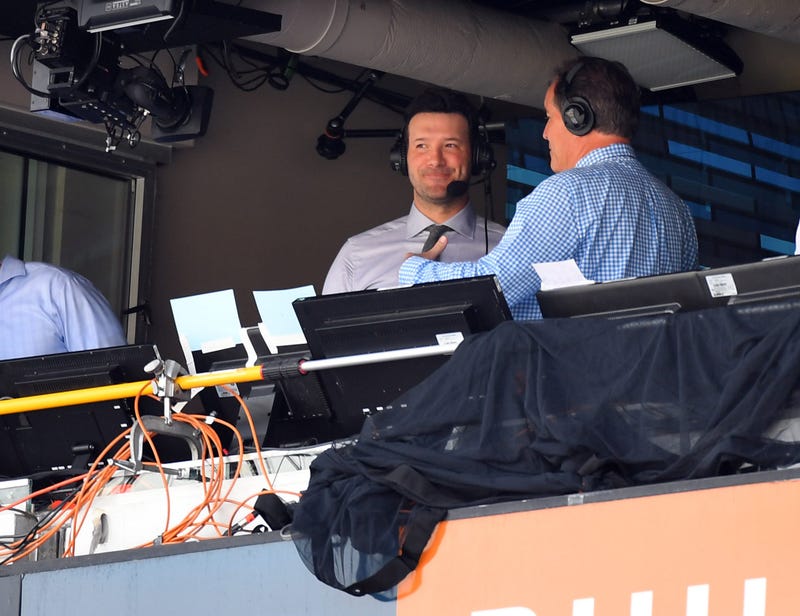 Tony Romo found himself at a crossroads in his young broadcasting career at the end of last season. Throughout much of his rookie campaign in the booth, the affable ex-Cowboys QB delighted viewers with his clairvoyance and enthusiasm. He quickly earned high marks, with CBS Sports president Sean McManus even publicly commenting how pleased he was about the praise Romo received from the second he strapped on a headset.

But at a certain point, Romo started to veer towards self-parody. His penchant for predicting plays before they happened began to feel like schtick; his hooting and hollering over replays generated eye rolls instead of laughter. Romo was sounding more like Jon Gruden, and less like football’s next great color analyst.

Fortunately for the NFL viewing masses, it appears Romo is back on track. He called an exceptional game alongside Jim Nantz Sunday during Patriots-Texans, providing loads of insight and an endearing level of goofiness.

Romo was sharp from the get-go, pointing out misplays in the Houston secondary on Rob Gronkowski’s first quarter touchdown reception and James White’s TD grab. He also correctly identified that officials would nullify the intentional grounding call on Deshaun Watson midway through the first period, as tight end Jordan Thomas was in the area of the lame duck throw.

One of the more mystifying characteristics of most NFL telecasts is how seemingly unaware most color commentators are about the action they’re calling. Networks shell out billions of dollars per year to air NFL games, and the majority of their analysts struggle with simple things like explaining the rules. Rome’s keen eye should not be taken for granted. He’s continually ahead of the action, whereas most of his peers are always playing from behind.

As expected, there were some Nostradamus moments from Romo Sunday, but they didn’t overtake the broadcast. His best moments came in the fourth quarter, when he was excoriating Texans head coach Bill O’Brien for his lethargic play-calling. “You can’t run the ball –– there’s only five offensive linemen!” Romo screamed with roughly four minutes to go in regulation, when the Texans were insistent on running at the goal line while the Patriots positioned multiple defenders in the box.

While Romo didn’t lambast Watson, it’s apparent he wasn’t impressed with the young pass-thrower’s performance in his first game back from an ACL tear. There were several instances where Romo made pointed comments about how the 2017 first-round pick was late on throws and running too often.

Of course, it wouldn’t be a Romo game without some source of unintentional comedy. In the first quarter, following a sack from Trey Flowers and Deatrich Wise Jr., Romo told Patriots fans to “get excited” about this defense.

“They’re going to be decent!,” he proclaimed.

So Romo needs to work on his word choice. That's OK. His sophomore season is off to a more than decent start.