Six months later than Patriot Nation would have hoped, Rob Gronkowski decided he wants to return to NFL football.

And almost as soon as word of Gronk’s desire to unretire surfaced, ESPN brought reported that the deal was indeed already done. Gronkowski and a seventh-round pick reportedly shipped to the Bucs with the Patriots getting a mere fourth-round pick in return. Nothing says value for an all-time great player in a trade like a third-day draft pick!

The two greatest Patriots of the dynasty era in Foxborough – really of any era – willingly took their talents to a team with the worst winning percentage in NFL history. A team that has a pirate ship in its stadium.

Bill Belichick and the Patriots are left rebuilding – or retooling or rebooting or whatever lipstick-on-a-pig word you want to use to describe the current state of the once-mighty New England franchise – while Bruce Arians and the Bucs are preparing to not only compete for a playoff spot but maybe even a trip to the Super Bowl.

Brady’s shooting for his seventh ring.

Gronk is once again paired up with his preferred-and-only QB looking to add to his own legacy with an eye on big spikes and maybe even bigger bling on a fourth ring of his own.

Belichick is left chasing his tail for a team with no obvious starting quarterback. No cap space. And, from the outside looking in, no real plan to turn an aging, fading roster into a contender anytime soon.

Oh, but at least Belichick has another fourth-round pick, one of those mid-round draft assets that the value-based coach and team builder so loves to acquire.

How did it come to this? How did it fall apart so fast?

In little more than a year, over the course of two offseason springs, Belichick at best misjudged his two greatest players’ willingness to move on and at worst pushed them out the door.

But, hey, at least Belichick got the fourth-round pick for Gronkowski, whom the coach accurately acknowledged shortly after the tight end’s retirement just how important he was to winning and losing in his career in New England.

All Belichick got with Brady’s free agent departure was a $13 million dead money hit to the salary cap, the golden ticket to re-sign journeyman quarterback Brian Hoyer and the possibility of an open competition for the right to replace the most successful, consistent, durable, prepared passer professional football has ever seen.

Looking at it that way, by comparison the return on the Gronk trade was a relative haul.

The most popular documentary on TV these days, ESPN’s “The Last Dance” chronicles the final season of the Michael Jordan-led Bulls. In many ways it’s a story of a GM and team builder, Jerry Krause, tearing down an NBA dynasty by running its foundational stars out of town.

At least that team had one last chance to dance, taking home a sixth NBA title with a second three-peat in 1998 before the band was broken up.

The music in New England skipped a beat last spring and then stopped altogether over the last month with Brady and now Gronkowski moving on to Tampa Bay.

All the Patriots have to show for it is a fourth-round pick and an uncertain future.

And Belichick standing alone in the middle of the dance floor with no one to dance with. 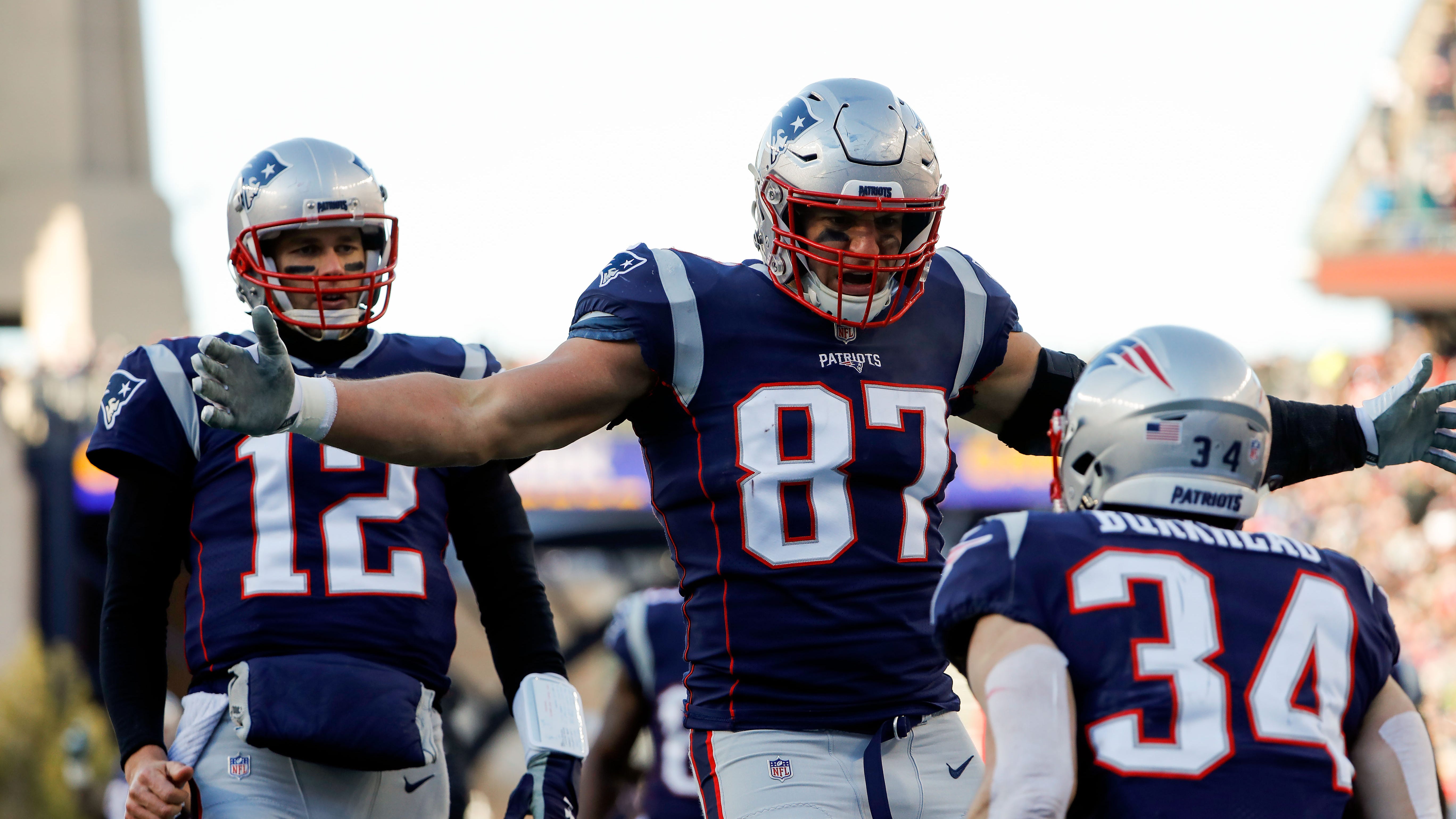