One might think that as the reigning Super Bowl MVP, Tom Brady’s favorite target and a constant JE11 presence on social media it would be hard for Julian Edelman to be underappreciated.

But welcome to December 2019, the final days of the decade – according to some reports the final days of Brady’s time in New England -- and a time when Edelman isn’t getting nearly the attention he deserves for the incredible work he is doing.

Through 13 games this season the gritty slot receiver paces the Patriots with 90 receptions for 1,010 yards (11.2 avg.) and six touchdowns. The numbers rank Edelman third in the NFL in catches and eighth in yards.

Those career-year accomplishments would be extremely impressive in any season, but the dirty details of this fall make them down right remarkable.

First, Edelman has played most of the season with significant injuries. There were times that a chest/rib injury made it look like No. 11 struggled to catch his every breath as he was striving to catch every ball thrown his way. Then came a shoulder injury of late that’s made it visibly difficult for Edelman to even lift his arm above his head, an obvious issue for a 5-10 guy who sees plenty of passes in that area.

Secondly, in the wake of Rob Gronkowski’s retirement, Antonio Brown’s ill-fated cameo in the offense and virtually zero contributions from almost anyone else not named James White, Edelman has been the only consistent target in the Patriots offense. Therefore, the they-get-paid-too defenses have done their best on a weekly basis to double-team Edelman and make his life difficult.

But it hasn’t worked.

Through it all, the less Brady seems to trust anyone other than Edelman and the more defenses try to take him away, the bigger a factor he’s become in the New England offense.

Edelman has been the top target for Brady each week since September, save for a fruitless feed-Mohamed Sanu Sunday night trip to Baltimore to open November that ended in ugly fashion. He’s been targeted at least 10 times in eight straight games and 10 of 13 games this season. He’s hauled in at least eight passes in four of the last six games. Topped 93 yards in each of the last three weeks, hitting the 100-yard plateau three times this season.

Edelman has been the target on 26-percent of Brady’s passes this fall. Hauled in 28-percent of TB12’s completions. Picked up 29-percent of the yardage the G.O.A.T. has thrown for.

Again, doing it all with injuries that likely would have sidelined lesser competitors. May have even sidelined Edelman himself if the Patriots didn’t need him as much as they so clearly do as they continue to struggle to find a way to move the ball consistently and score points to balance out a team that’s gotten to 10 wins thanks to its defense and special teams far more than anything it’s done offensively.

Edelman has gutted it out and that effort, and his continued evolution, is very much appreciated and acknowledged inside the walls of Gillette Stadium, even if the Patriot Way doesn’t allow for many verbal bouquets in the midst of a competitive season.

“Julian is a tough kid; he can work through quite a bit,” Bill Belichick said in his understated way. “He’s done a good job this year.”

In the more-you-can-do atmosphere of a Belichick-coached team, Edelman has not only shouldered the load of the pass-catching with a bum shoulder, he’s also been at the center of New England’s much needed trick plays. He threw a 15-yard touchdown pass for the Patriots’ only touchdown in a 17-10 win in Philly. He was on the receiving end of a flea-flicker 37-yard touchdown to open the scoring in the hard-fought loss to the Chiefs last Sunday at Gillette.

“We’ve been able to do different things with him over the course of his career and certainly over the last few years,” Belichick admitted. “I think there are things that come up from game to game that if you want to do something with an experienced player that can handle a particular situation that you’re trying to attack in that game, he’s a good guy to do it with.

Julian Edelman isn’t just the best, most consistent, productive player on the Patriots offense these days.

Now, we’ll find out in the coming weeks exactly how far the guy once dubbed IncrEdelman will be able to carry the Patriots passing attack. 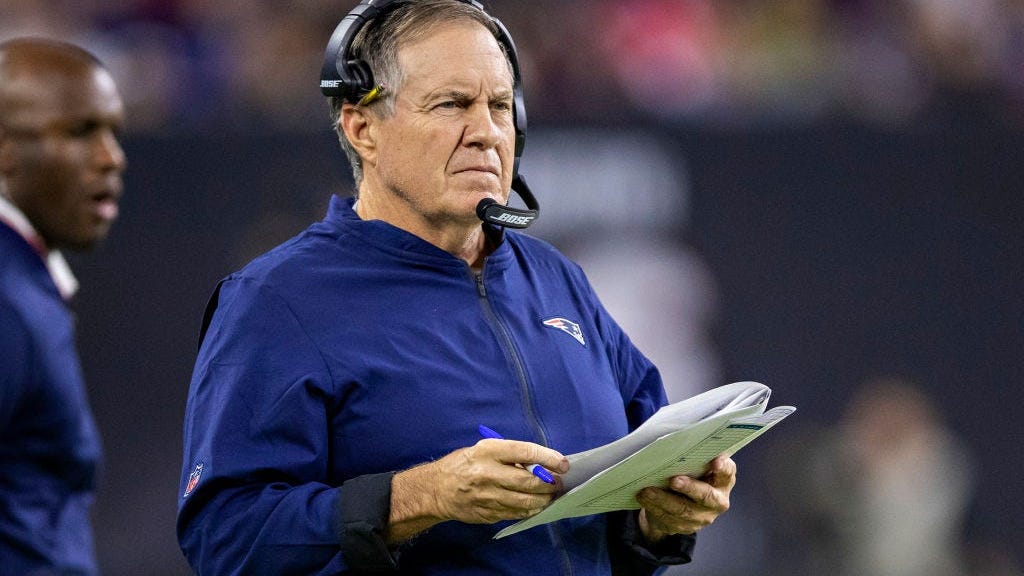 Fair or Not, Patriots’ Reputation Will Always Precede Them