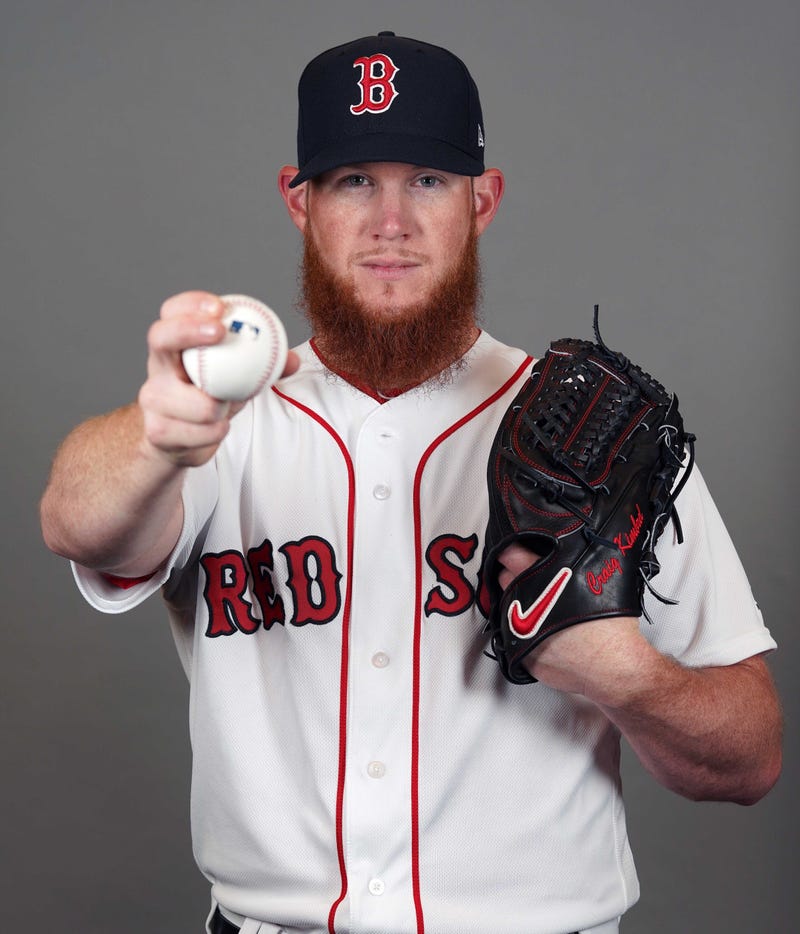 ST. PETERSBURG, Fla. -- The decision to not bring Craig Kimbrel in prior to the ninth inning Thursday was partly due to Alex Cora's attempt at protecting the closer's health. Kimbrel had only pitched in two Grapefruit League games prior to the regular season opener and executing an outside-the-box idea wasn't going to be a priority.

But there was another element Cora weighed into the equation: The mental side.

"You've got to present the data," the Red Sox manager said. "I read somewhere, his first seven years were up there with the greatest relievers of all time. So you've gotta respect that, you know? There's certain information that is out there that he needs to see. I'm not saying it's hard, but you have to present information to these guys. He's been doing it for so long and he's been successful, but at the same time the game has changed and the way people think has changed. But I guarantee you Andrew Miller, it just didn't happen just like that. You have to sit down with them, explain the situations and go from there. Everything is about communication. Everything is about communication. If you're hitting third, why do I want you to hit second? Well, these are the facts and you have to present them.You have to inform them. That's the most important part."

Cora explained that it isn't as if the discussion regarding pitching before the ninth inning hasn't been broached. But because of Kimbrel's absence from spring training due to the health of his young daughter the topic hasn't been broached to the level the manager had hoped.

"That conversation started early in spring and we haven’t revisited the topic because of everything he went through," Cora said. "That’s a topic we’re going to catch up on probably in the upcoming days and show some information, show some data and we go from there. He’s a guy that we feel he can get anybody out. And the thing about this high-leverage situation is like for you it might be the seventh inning, for [somebody else] it might be the eighth, and for me, it might be the ninth. We bring him in the in the seventh and then the eighth happens and all of a sudden we’re facing 3-4-5 in the ninth, everybody is going to be like, well, that’s the highest leverage situation. It’s what we have as far as information, about matchups, and I know his matchups probably look better compared to the rest of the bullpen but there are a lot of guys there that pitch in high-leverage situations and have good matchups that we can exploit. We’ll talk about it obviously but as of now, we know we’re at with him. The good thing is we understand why, not only for him but for the group we need this guy to be healthy."

Kimbrel pitched in the eighth inning six times in 2017, with the righty allowing one hit and one walk to his 11 hitters, striking out seven.