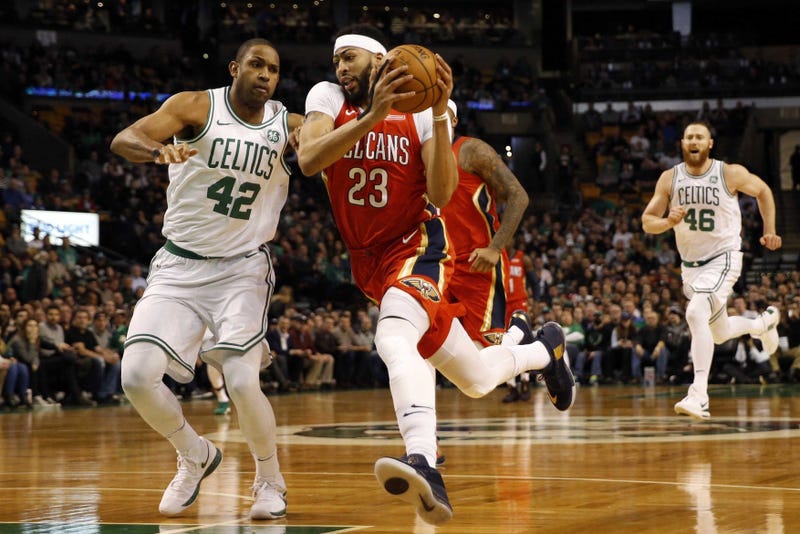 When Celtics fans showered Gordon Hayward with an ovation two years ago, ESPN commentator Bomani Jones insinuated it was because the star forward is white.

“YOU KNOW, AND I KNOW, WHY CELTICS FANS WERE CHEERING GORDON HAYWARD,” Jones shrieked. “Is there another arena in the whole country that would get this charged about Gordon Hayward maybe coming as a free agent?”

It is ridiculous to suggest Hayward’s skin color was the reason Celtics fans expressed so much adulation towards him. The T.D. Garden exploded for Kevin Durant one year earlier, because much like Hayward, the Celtics were linked to the would-be free agent. (They ultimately failed in their Hamptons charm offensive.)

On Monday night, Jones’ troll job –– and who around here would ever attempt anything like that? –– was further discredited. Pelicans star center Anthony Davis was treated with a nice ovation when his name was announced in the New Orleans starting lineup, showing the correlation between all of these players is their pending availability, and not race.

Here’s Anthony Davis getting a decent ovation at TD Garden during the Pelicans’ intros. pic.twitter.com/ABjXgLh6iU

The Celtics have been linked to Davis for years. The 25-year-old MVP candidate will be an unrestricted free agent in 2021, but could be moved before then.

Davis put up 41 points in the Pelicans’ losing effort Monday. This season, he’s averaging 27.4 points and 12.2 rebounds per contest for his 14-15 squad.

Celtics fans would love to have Davis on their team, With that in mind, they gave him a warm welcome, like you would for anybody you’re looking to court.

And if they were reacting to Davis’ appearance, it was probably the unibrow. That thing will always look weird.